Nepal – The TBM in use on the Bheri Babai Diversion Multipurpose Project (BBDMP) achieved an advance rate of 1,000m in a month and has averaged 800m since the start of work in summer 2017.

The machine, a 5.06m-diameter Robbins double shield, was a departure from the country’s preferred drill-and-blast. The manufacturer claims that studies ahead of tunnelling predicted a 12-year timespan for the 12km-long tunnel. The alignment is located in the Siwalik Range, part of the Southern Himalayan Mountains, where geology consists of mainly sandstone, mudstone, and conglomerate.

The project is owned by the Government of Ne-pal’s Department of Irrigation and operated by contractor China Overseas Engineering Group Co, Nepal Branch.

A Robbins spokesperson said, “To ensure the best TBM performance and to prevent downtime, machine maintenance occurs daily at a fixed time. Geological engineers are sent to analyse the ground conditions twice daily so that construction personnel can adjust the tunnelling parameters and prepare for auxiliary measures if geological changes are predicted.”

The ground conditions during the 1,000m month consisted mainly of sandstone and mudstone, but that is set to change. At about the 5.8km mark, the machine will encounter a major fault zone known as the Bheri Thrust. Clay and water ingress are expected throughout the fault, which is about 400 to 600 m wide.

Once complete, the BBDMP will irrigate 60,000 hectares of land in the southern region of Nepal, and benefit an estimated 30,000 households. It will divert 40 cubic meters of water per second from Bheri River to Babai River under a head of 150m using a 15m tall dam, providing year-round irrigation in the surrounding Banke and Bardia districts. The water will also be used for hydroelectricity, with a generating capacity of 48 MW benefiting the country with NPR 2 billion (20 million USD) annually. The initial success of the TBM operation has already inspired developers and contractors to opt for TBMs over conventional excavation methods on upcoming Nepalese tunnels. 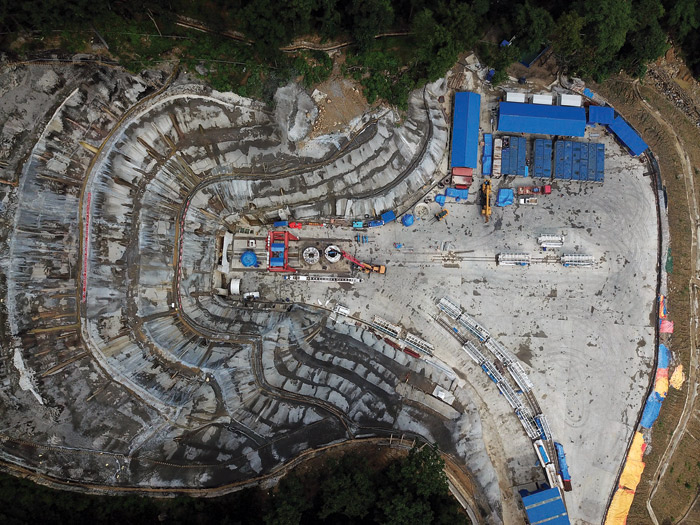 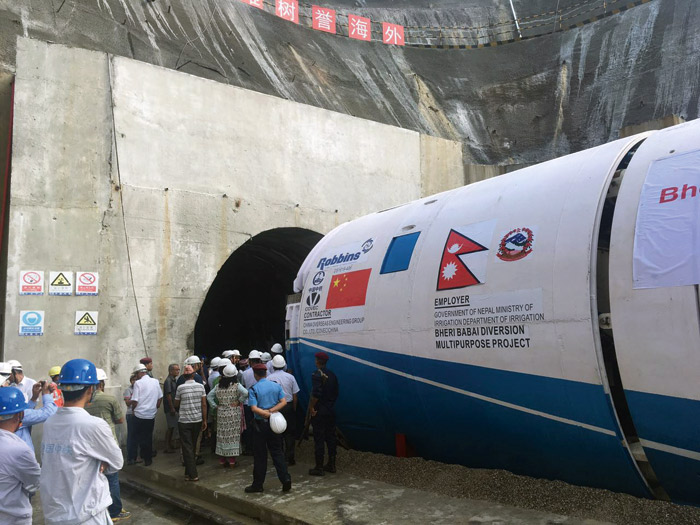 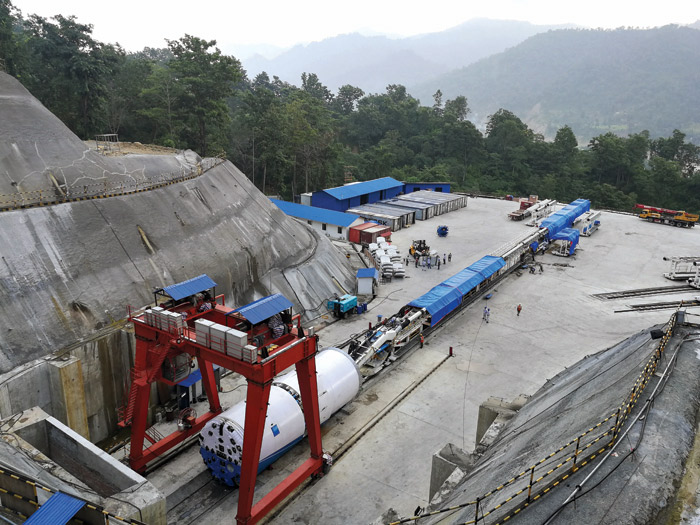 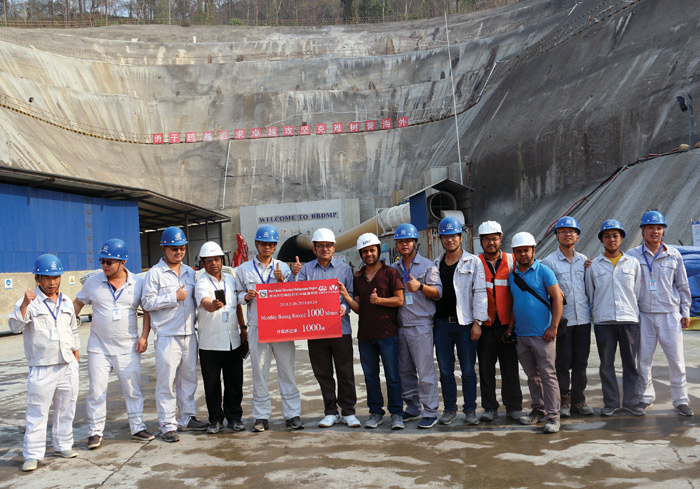