Great Britain – Mammoet has safely lowered a 690t TBM down a 35m shaft in London for the Tideway West project. The awkward site configuration, shaft depth and the load of the TBM makes TBM lift jobs an interesting challenge for cranes companies.

A Mammoet spokesperson said, “[We] devised a customised solution which allowed the project to be executed within the confines of inner London, where minor delays can cause major disruption. Overcoming complex regulatory constraints surrounding operator’s licenses for projects in central London and space restrictions that further complicated mobilisation, Mammoet successfully lowered the TBM in half the average time – completing the lift in only one ten-hour shift – ensuring drilling could commence on the scheduled date.”

The spokesperson added, “The site along the Thames in the centre of London was small. 1000t of equipment had to be mobilised by trucking from the Netherlands to London and all deliveries had to be just in time on site. The acoustic shed was already built and the system had to fit inside the shed. There was only a small footprint and space was limited inside the shed.”

With the spatial and load-bearing limitations, the final setup was competed with only 250mm clearance to spare inside the shed.

Project manager Maurice Janssen added, “With significant projects in busy cities like this, the level of disruption is high when something doesn’t go as planned. So, avoiding delays was of utmost importance to the client. We removed the risk of setbacks through a series of tests and detailed plans. The key equipment was pre-tested at our yard in Schiedam before it began its journey to London, to ensure there would be no unexpected problems when on site. The engineers were provided with an exceptionally detailed mobilisation plan that factored in all possible risks of delays, making sure back up equipment was on standby throughout.

Mammoet stated that it has also been contracted to complete the lowering of two TBMs at Tideway East, the third and final phase of the project. The company is currently completing planning and securing permissions to prepare the transport route through central London. Work is set to begin in December 2019. 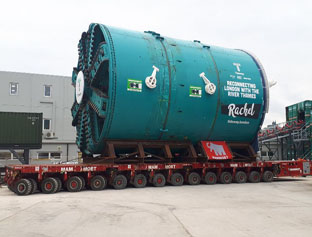 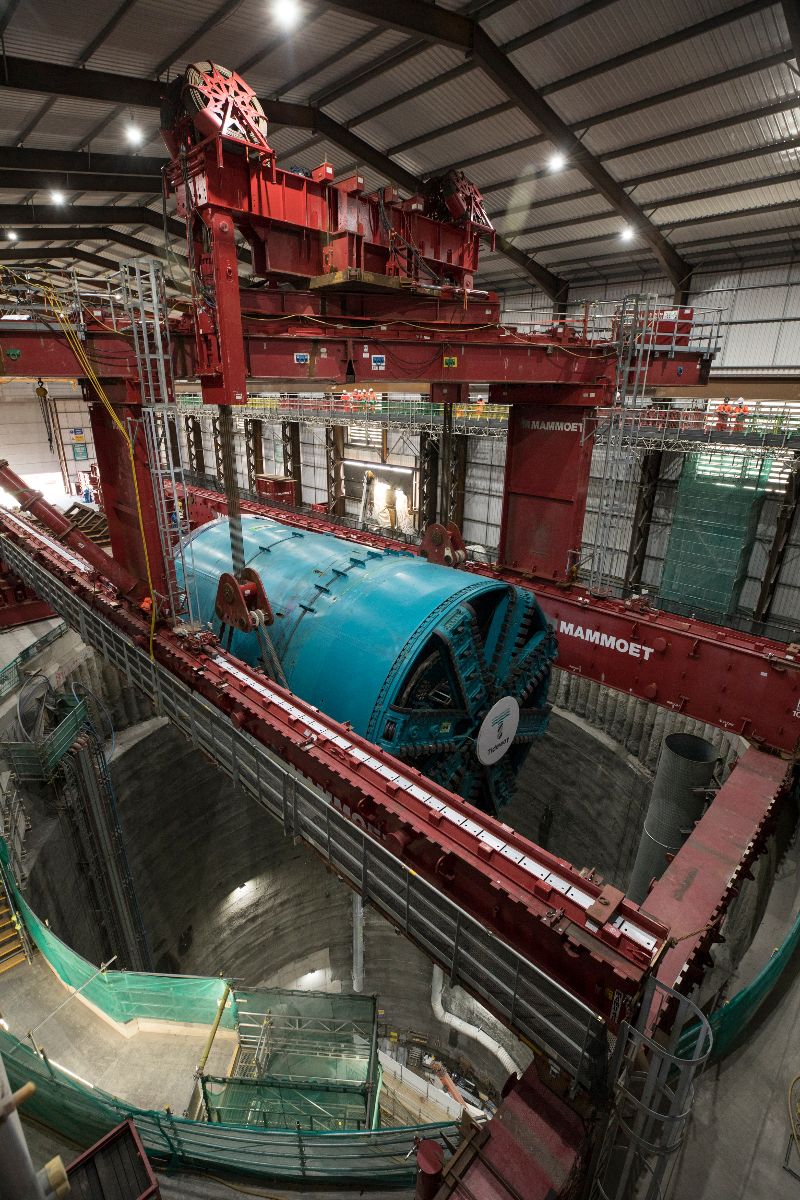