Lot 5 is one of six that form the 62km-long conduit that will revamp wastewater treatment for the 21.2 million people of Mexico City. The finished, segmentally-lined tunnel will have a capacity of 150m3/sec, achieved with a finished diameter of 7m and a slope of 100m along the length.

“We are very proud of this machine as it has worked in two very different worlds,” said Roberto Gonzalez, General Manager for Robbins Mexico. In 2011 the machine originally slated for Lot 5 was fast-tracked to bore a 3.9km long section of Lot 1b—a critical part of the line that needed to become operational right away to prevent chronic seasonal flooding.

“The EPB proved itself while using conveyors in the sticky clays of Mexico City with very high percentages of water content, up to 400%.” The machine achieved rates of up to 592.5m in one month—considered a record among the six EPBs (three of them Robbins) used on the project. After completing the bore in just 15 months, the machine was sent to the Lot 5 site, where modifications were made for a section of mixed ground and rock.

A spokesperson for the manufacturer detailed the setup and launch of the TBM, saying: “The machine was assembled in a 28m long assembly chamber at the bottom of the launch shaft and commissioned in August 2014, requiring all back-up gantries to remain at the surface. Two months later in October 2014, after advancing 150m, the machine and its back-up gantries were completely assembled in the tunnel. One month later, the continuous conveyor system was installed and running.”

Gonzalez added, “The assembly of the EPB at Lot 5 has the record of the deepest assembly of a TBM in Mexico. It required great coordination of ICA engineers, high capacity cranes for the assembly and human resources in order to keep to the ten-week schedule for assembly.”

Some 24 shafts up to 150m deep have been required for the Emisor Oriente project, the Lot 5 TBM was launched from a 150m depth, the deepest civil works shaft in Mexico. 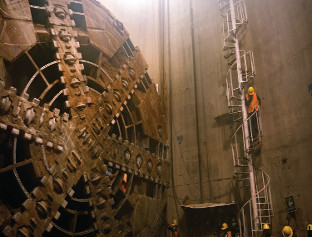 On 28 February 2019 a ceremony was held to mark breakthrough 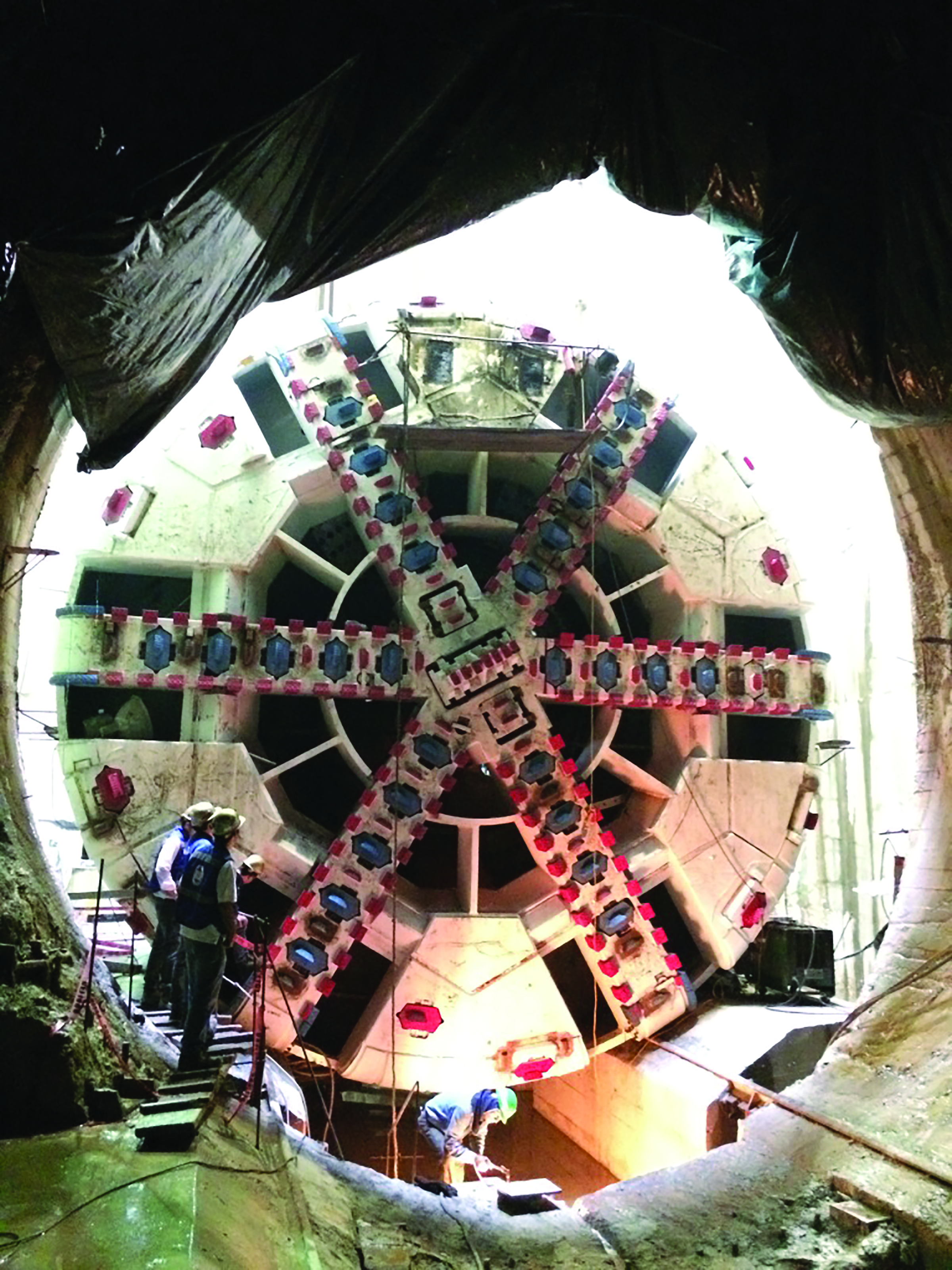 In 2014 the Robbins EPB was assembled and launched in just 10 weeks from the deepest TBM launch shaft ever constructed in Mexico, at 150m