A specialised Robbins 4.1m diameter main beam TBM has been launched in St Louis, Missouri, to bore Phase 2 of the Jefferson Barracks tunnel.

The TBM, named Mrs Vera, is a replacement for the 3.35m-diameter Robbins main beam TBM which was suspended in September 2019 after hitting challenging conditions. Around 2.4km into tunnelling the TBM encountered a large vertical feature along with flowing and unstable ground that required the machine to remain in place. While various options including ground freezing were considered, they were ultimately unfeasible.

A 62m-deep recovery shaft and 60m-long adit were built to stabilise the area and the TBM was recovered in July last year. 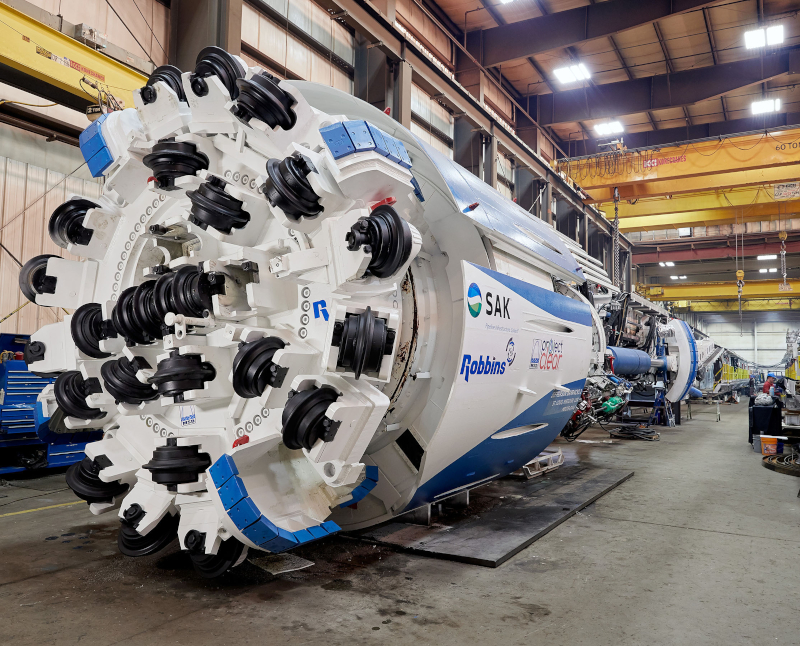 “The overall design of the machine is a good fit for our project, not only for the mining aspect but also for the capability to run two probe drills in multiple locations around the TBM,” said Brotherman Bragg, project superintendent for SAK Construction. “The challenges I anticipate during tunneling are mostly related to ground conditions. The area that we are tunneling in has a potential for karst features. The probe drills are our lifeline and with the two probe drills on the machine, I believe we will find out what’s in front of us before we get there, giving us the ability to take care of potential problems.” 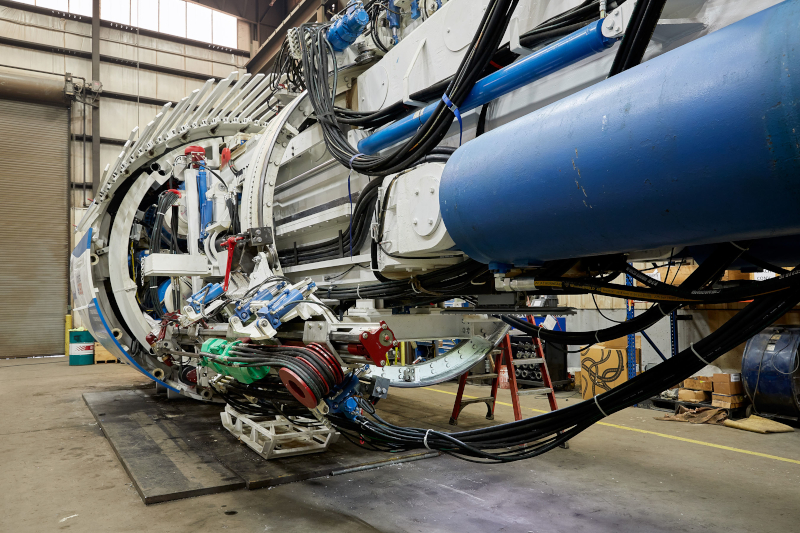 After recovery of the first machine, SAK and Robbins agreed to do extensive in-shop testing of the new, larger TBM to ensure there would be no unnecessary delays on site. SAK operational personnel and Robbins personnel were heavily involved in final assembly and testing procedures and the TBM was assembled in just four weeks.

“The overall design [of the TBM] is very functional and thus far in the early stages it seems to be mining very well,” he said, adding that it advanced 21m in its first two shifts.

The tunnel is scheduled to be completed in autumn next year.

The 3,050m-long Jefferson Barracks tunnel is one of eight being built by St Louis Sewer District as part of MSD Project Clear, a US$6bn, 28-year programme to improve water quality and wastewater management.