The final tunnel breakthrough has been made on Auckland’s City Rail Link – New Zealand’s first underground rail line and the largest transport infrastructure investment ever undertaken in the country.

The TBM Dame Whina Cooper, named after the Maori rights campaigner, finished its journey at Te Waihorotiu Station after boring twin 7.15m diameter tunnels up to 45m below New Zealand’s largest city. The bored tunnels will connect to the nearly 1km of cut and cover tunnels built at the CBD end of the line. The total length of each tunnel is 3.45km.

The first tunnel took seven months to dig, while the second tunnel was completed five months after the TBM was relaunched in April this year. Francois Dudouit, project director for the Link Alliance, the consortia of companies building the CRL, said the faster progress of the second tunnel reflected operational improvements and efficiency gains. 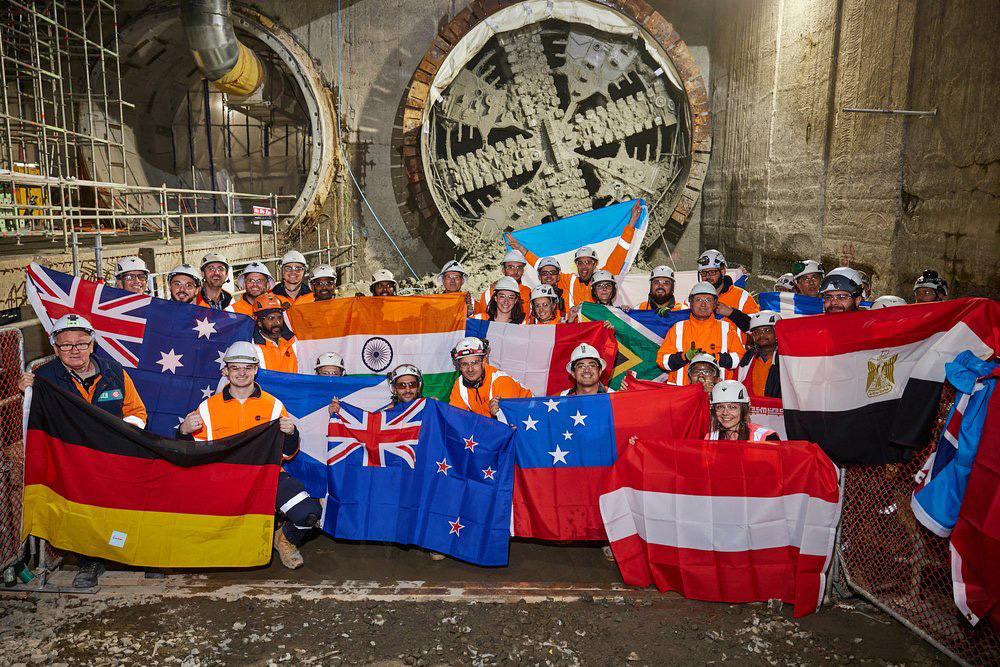 “Building an underground rail network has never been attempted in New Zealand before,” he said. “To have achieved what this team of 2,000 people have in the face of a global pandemic, multiple lockdowns, restricted Covid-working conditions and multiple other challenges is nothing short of extraordinary.

“These tunnels are the cornerstone of the country’s first rapid transit rail network and will enable a transformational change in our biggest city.”

Now tunnel boring is completed, the TBM will be dismantled and shipped back to Herrenknecht.