The third TBM has been launched on the Delhi-Ghaziabad-Meerut regional rapid transport system.

Since March, two Terratec EPBMs have been working on construction of the 3km tunnel from the Anand Vihar RRTS station towards New Ashok Nagar station. The third TBM will excavate the 2km tunnel from Anand Vihar towards Sahibabad. 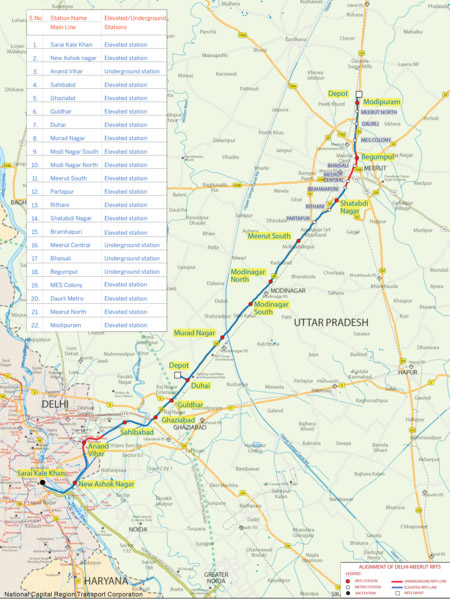 Four TBMs will be launched from Anand Vihar station to dig the southern stretch of the 6.5m diameter twin-tunnel network.

The 82km Delhi-Ghaziabad-Meerut RRTS will provide a high-speed, high-capacity commuter service. It will have 25 stations, including two depots and one stabling yard and it is due to be completed in 2025.