Norway – Two TBMs made the first breakthroughs on the 22km Follo intercity rail line in Oslo today. There are a total of four Herrenknecht TBMs excavating the project, as well as drill and blast work.

Each 9.96m diameter TBM is doing an approximately 9km long drive through hard rock to complete the twin tunnels, which will reduce commuting time by half between the capital city and nearby Ski. The contractor is a joint venture of Acciona/Ghella, which launched the first TBM on September 5, 2016. 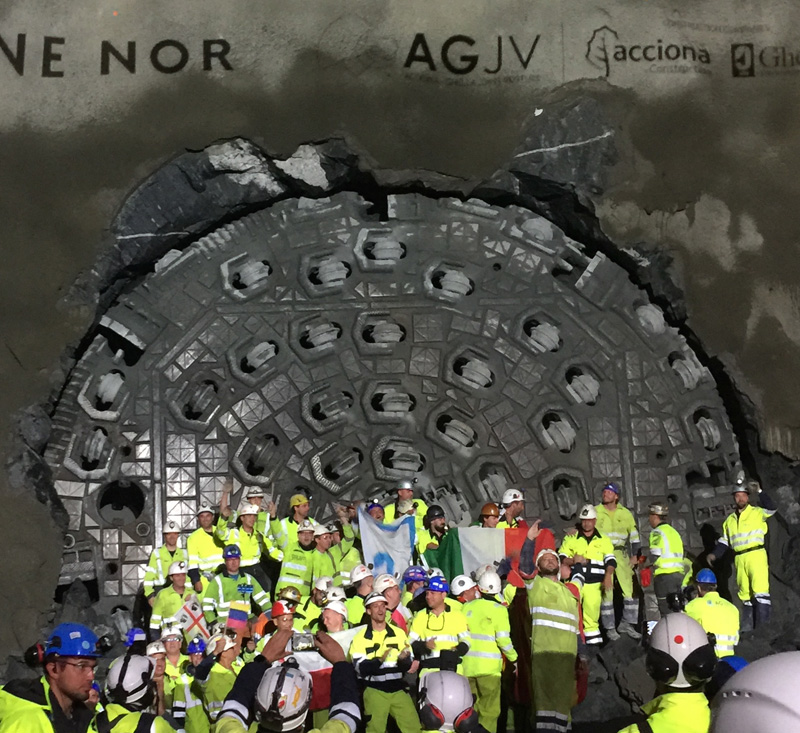