China - The TBM boring lot three of the Jilin Yinsong Water Supply Project has excavated more than 50% of the tunnel. The tunnel will be 24.3km long when complete and contractor Beijing Vibroflotation Engineering had excavated 14 km of the tunnel as of January 2018.

A 7.9m-diameter Robbins Hard Rock Main Beam TBM was chosen to bore the tuff, granite, sandstone, andesite. The UCS was rated from 35 to 206MPa and the alignment passes through 24 fault zones, requiring almost continuous ground support.

A spokesperson for the Robbins said of preparing for the faults, “The TBM was designed accordingly, and is equipped with four rock drills, McNally pockets in the roof shield for the ability to install McNally slats, a ring beam erector, and a shotcrete system. The McNally slats were used in difficult ground encountered in the tunnel.

“By replacing the roof shield fingers on a TBM, the McNally system prevents movement of loose rock in the critical area immediately behind the cutterhead support.”

The first fault zone was encountered after just 87 m (285 ft) of boring. Water inflows and collapsing ground in a section measuring 1,196 m (3,926 ft) long were resolved with a combination of McNally slats, grouting, and consolidation of the ground ahead of the machine. Ground support overall consists of wire mesh and shotcrete. Tunnel Reflection Tomography (TRT), a method of ground prediction using seismic waves, is also being used to detect changing conditions ahead of the advance.

The spokesperson added, “Despite the initial challenges, the TBM is now achieving between 40 and 60m advance per day and has achieved 1,423.5m in one month.”

The tunnel will form part of a 263.5km-long water supply line that will convey water to the central cities of Jilin Province in the northeast of China, bordering North Korea.

This project is due to be featured in an upcoming issue of Tunnels and Tunnelling International. 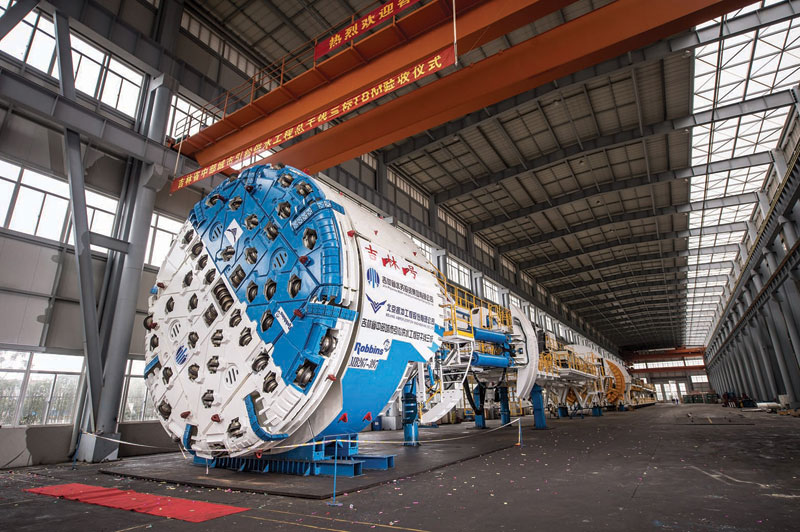 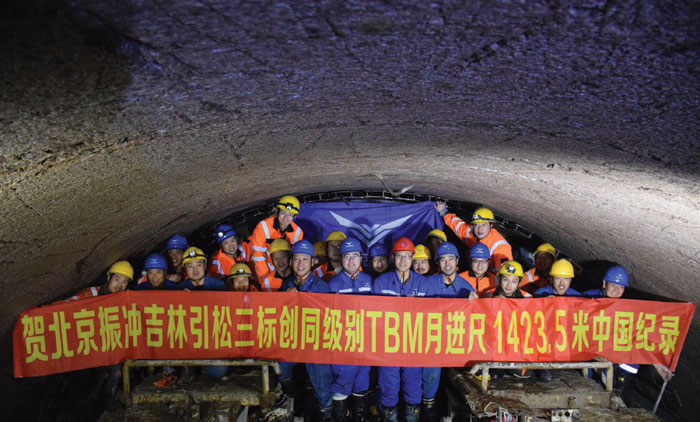 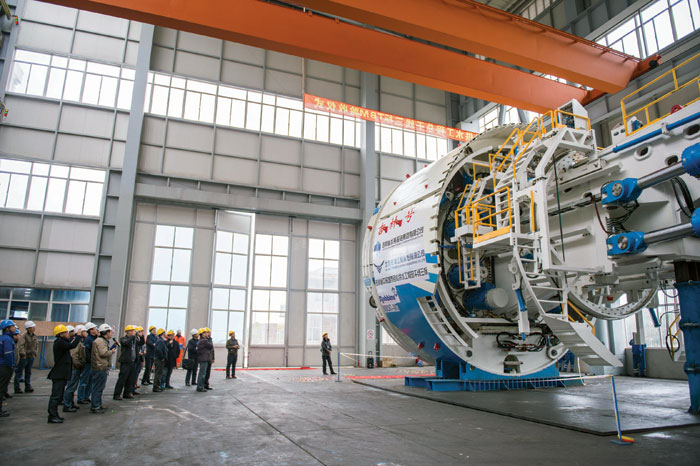