The first elements of the TBM for London’s new Silvertown Tunnel have been lowered into the launch chamber, marking the start of final assembly.

The first component to be lowered was part of the TBM shield, followed by the 250t main drive. Using a 600-tonne crawler with a super lift, a four-point lifting and set down operation was undertaken. Each lift takes approximately two hours to achieve and around 20 lifting operations will be required to fully lower all the parts into the launch chamber.

Last month the tunnel eye was lowered into the launch chamber in a tandem lifting operation that took four hours. 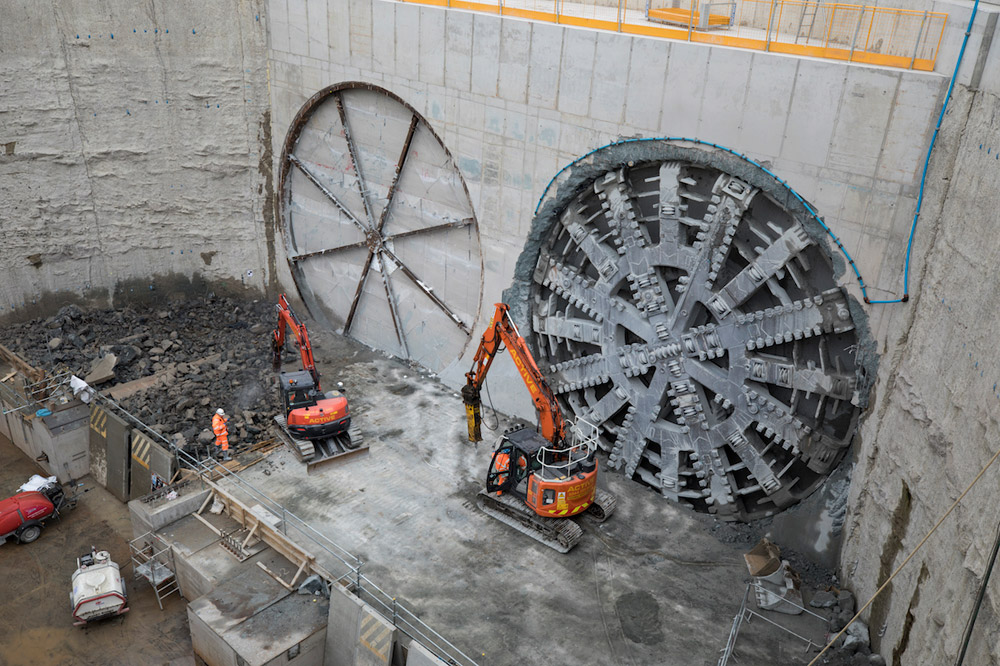 The Herrenknecht machine passed the factory acceptance test in December last year. It has an 11.91m diameter – the largest ever used in the UK – and the front section alone weighs 1,200t.

Over the next month other elements of the TBM will be lifted into the launch chamber before final sign-off and start of tunnelling later this summer.

Following a competition among TfL and Riverlinx JV employees the TBM will be named Jill in honour of Jill Viner, the first female bus driver to drive a London bus in June 1974.

Helen Wright, head of delivery (Silvertown Tunnel) at Transport for London, said the start of the TBM’s final assembly in the launch chamber was a major milestone for the project. 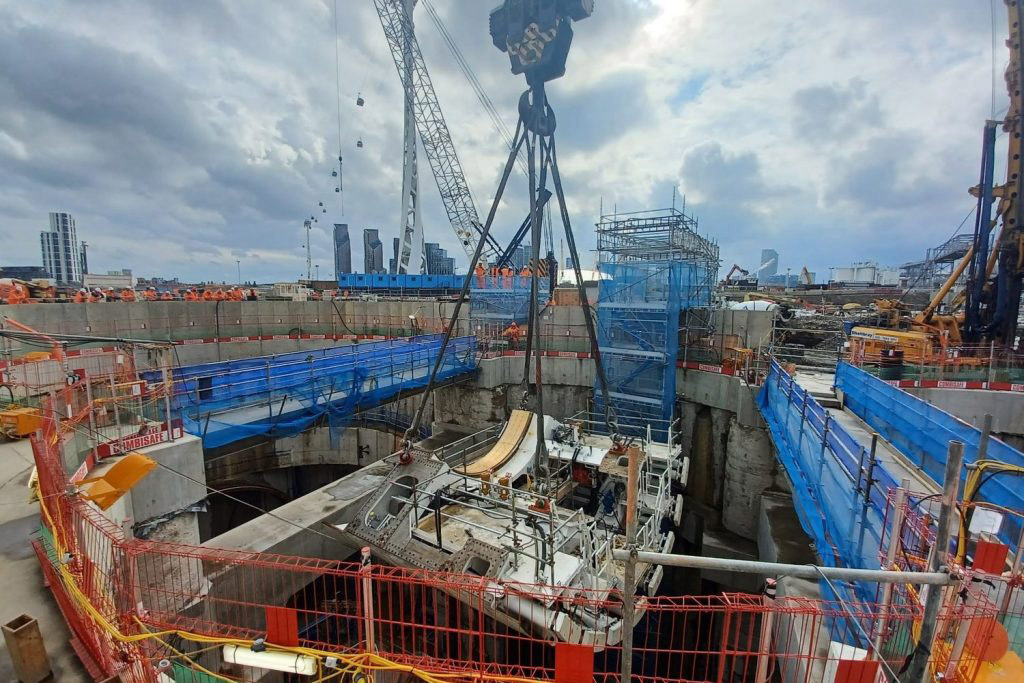 She added: “I’m delighted that we will be naming the TBM after Jill Viner – a fitting name given how the tunnel will radically improve bus access across the river at this location.”

The Silvertown Tunnel is a twin-bore road tunnel under the River Thames, providing a new connection between the Greenwich Peninsula in south-east London and Silvertown Way on the north side of the river. When completed in 2025, it will be the first new road crossing east of Tower Bridge since the Dartford Crossing was built more than 30 years ago. Each tube will have a dedicated lane for buses, coaches and heavy goods vehicles, resulting in significantly more buses crossing the river and therefore a greater provision of public transport.