The second TBM has been launched on the Eglinton Crosstown West Extension in Toronto.

Last week TBM Rexy started digging the second tunnel from Renforth Drive to Scarlett Road. The first TBM, named Renny, was launched in the spring and has tunnelled 10-15m a day to excavate 650m so far.

The TBMs each have a 6.58m diameter and are working at a depth of 20m to dig the 6km-long tunnels. 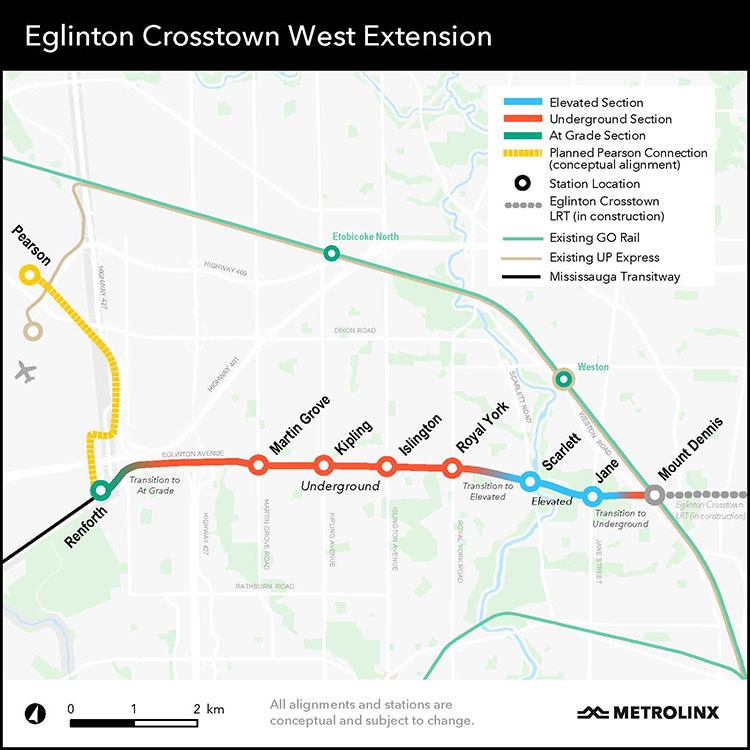 Once tunnelling of this section is complete, the TBMs will be retrieved near Scarlett Road. Here the route will transition to an elevated section, passing over the Humber River, before heading back underground just east of Jane Street, where the extension will connect to the Eglinton Crosstown LRT at Mount Dennis Station.

The extension project will add six stations and 9.2km to the Eglinton Crosstown LRT, connecting Scarborough to Mississauga along one continuous route. The main Eglinton Crosstown LRT section, which has been under construction for about a decade, is expected to open by the end of this year. The western extension is due to be completed in 2030. Plans are also being explored to extend the line even further to Pearson International Airport.