Insurance companies do not have to reimburse Washington State for its costs during the two years the new Highway 99 tunnel was delayed because of the TBM’s breakdown during construction, the Washington State Supreme Court has ruled.

In a unanimous, the justices rejected the state’s argument that delays in finishing the tunnel were a type of physical damage that fell under the insurance policy. 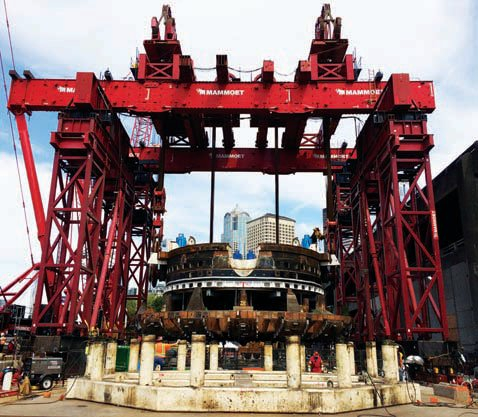 Bertha, the world’s biggest TBM with a diameter of 17.5m, was launched in summer 2013 on a 2.3km drive on the central waterfront section of the US$3.1bn Alaskan Way Viaduct Replacement project. The drive was due to take 14 months. In December 2013, however, after digging 305m, the Hitachi Zosen EPBM hit unanticipated resistance and overheated. Boring was halted and a massive investigation and repair programme was undertaken. The EPBM resumed digging in early 2016. It broke through next to Seattle Center in April 2017.

The insurers denied coverage on t,he grounds the EPBM design was defective, and Seattle Tunnel and WSDOT filed suit.