An update released by Sanford on February 18 reports work is finishing up on two ore passes that connect the 4850 Level, almost one mile underground, to skips in the Ross Shaft; the Ross Headframe, which must support the skips that bring the rock to the surface; and the tramway tunnel, which will house the conveyor system that will transport excavated rock to its final location. Massive caverns must be excavated to house Far Detectors, requiring the excavation of approximately 800,000 tons of rock.

Data from the Deep Underground Neutrino Experiment (DUNE) could help physicists explain the origin of matter, witness a never-before-seen particle decay and better understand how black holes form in space—fundamentally changing how we understand the universe, the lab explained.

“The Long-Baseline Neutrino Facility is the house for the DUNE experiment,” said David Bressler, one of the Fermilab employees who coordinate the construction work performed by the Kiewit-Alberici Joint Venture (KAJV) at the LBNF far site.

Some of the infrastructure needed for excavation and waste rock removal already exists, built for gold mining operations decades ago. Part of the LBNF pre-excavation work requires the reopening, rehabilitation and reinforcement of infrastructure originally created by the Homestake Mining Company.

On the 4850 Level, rock must be removed to expand the Ross Station, enlarge access drifts and excavate massive caverns. Earlier this year, crews finished reopening two ore passes, the Ross and 6 Winze Ore Passes, that connect the 4850 Level to a skip pocket in the Ross Shaft. These passageways allow waste rock to be dumped into skips and hoisted up the Ross Shaft, with control gates to manage the flow rate of the rock.

“Having two ore passes gives us flexibility as we plan the sequencing of the excavation,” said David Vardiman, geotechnical project engineer at Sanford Lab.

Opening the ore passes required crews to muck out 1,700 cubic yards of space that had been filled in since the passes were last used by Homestake circa 2001. The crews installed ground support throughout the ore passes and reinforced the area surrounding the Ross Shaft.

The Ross Headframe and Shaft structures are dedicated to the LBNF/DUNE project, hoisting waste rock during excavation and transporting workers, researchers and equipment for decades to come. Sanford Lab and LBNF crews worked to rehabilitate the 5,000ft (1.5km) Ross Shaft over the past several years. With this project nearing completion, the project is now focused on strengthening the Ross Headframe.

“The Ross Headframe, a lattice structure constructed in the 1930s, was a tremendous undertaking at the time,” said Bressler.

“The initial goal was to make the tramway safe for future work,” Bressler said, explaining that the majority of the tramway is an underground tunnel. “That included rock bolting and meshing the underground section. The crew also poured concrete to elevate the track and brought in water, power and compressed air.”

Work on the conveyor system is underway. The installation of foundations for 24 structural bents, or support towers, began in December 2019. These towers of differing heights will elevate the conveyor over the Route 85 highway in Lead before the system reaches the Open Cut.

The primary appeal of this former mine site is the depth, which provides the shielding cover, which enables the science. However, the geology has many characteristics that are beneficial for the project.

Almost everything will be built in the Poorman formation, according to Tracy Lundin of Fermilab, who describes it as a schist with some phyllites and dykes throughout, but not highly prominent.

Once work is completed, a particle accelerator in Illinois will beam neutrinos straight through the earth to four detectors in the new South Dakota facility, about 800 miles (1,290km) away.

More information about the project can be found in _Tunnels & Tunnelling North America, August/September 2016. Photos Courtesy of Matthew Kapust and Sanford 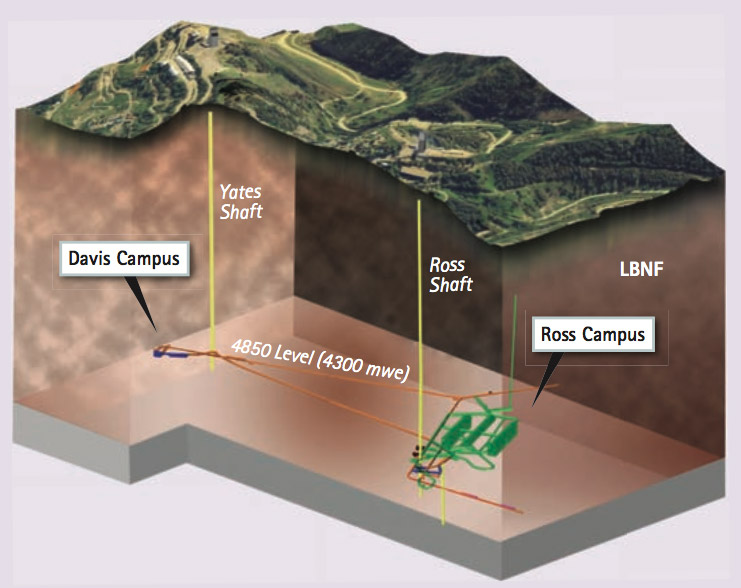 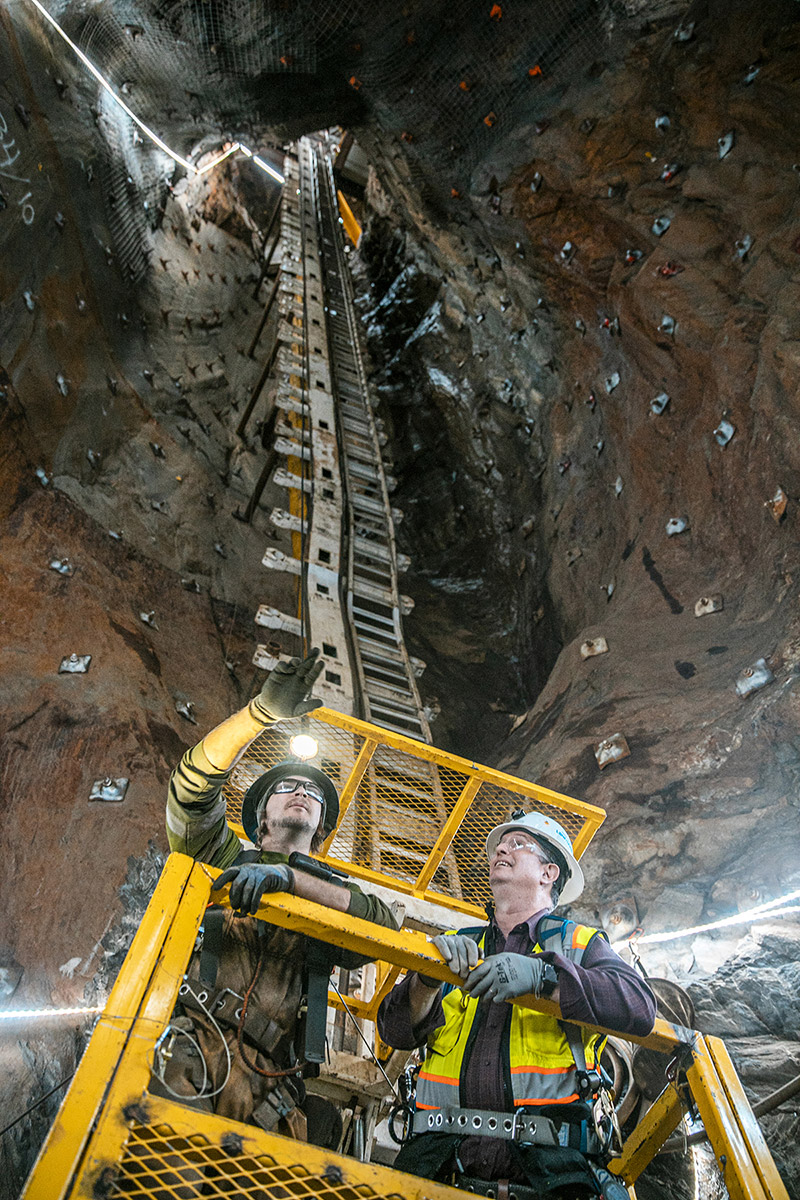 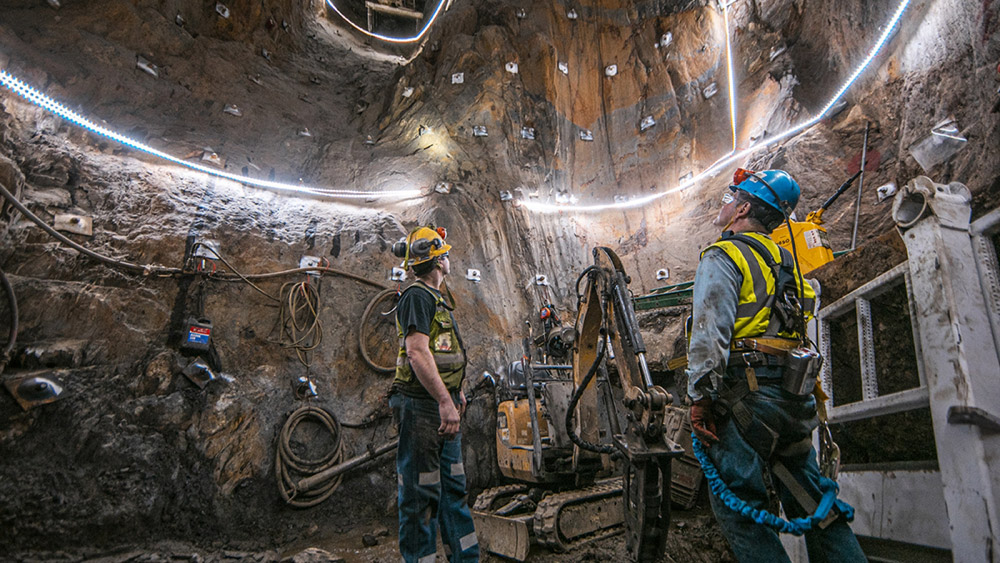