Implenia has won the contract to build a 2km connecting tunnel for Stockholm’s metro.

The US$105m contract, awarded by Region Stockholm, the state-owned company responsible for Stockholm’s subway infrastructure, consists of building the infrastructure to connect an expanded depot to the existing metro track Farstagrenen. In addition to the 2km of track tunnel there will be a 500m-long underground parking area for trains. 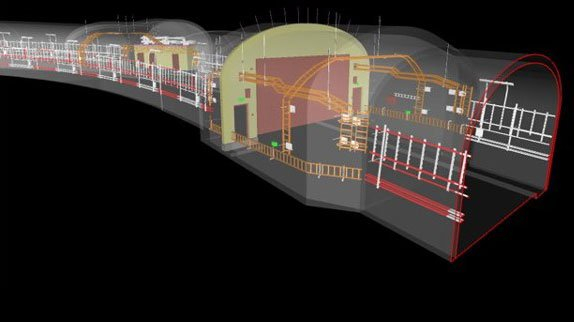 The tunnel will be built in a densely populated urban area and close to other railway tracks using blasting technology.

Implenia will plan and build the tunnel according to CEEQUAL sustainability standards, one of the client’s requirements. Implenia says planning and construction will be based on a BIM model and delivered using the lean construction method.

In May last year Implenia signed a contract with Stockholm Region for the construction of a new subway station and associated tunnels at Sofia in the Swedish capital. The order is worth around US$85m.

Located around 100m below ground, the station will be one of the deepest in the world. It will form part of Stockholm's Blue underground line, which is being extended from the centrally-located Kungsträdgården, to Nacka in the south-east of the capital, and to Hammarby Sjöstad in the south.

In addition to the proposed subway station, Implenia is building elevator shafts, two single-track tunnels for the subway and a parallel service tunnel. Drill and blast is being used to construct a total of 4.6km of tunnels.