Great Britain – The Humber tunnel has broken through. The drive was completed by a joint venture of Skanska, Porr and A. Hak is utilising a VMT-guided, 4.4m-diameter Herrenknecht machine.

The tunnel was primarily in chalk layers (Burnham Chalk and Flamborough Chalk), At the beginning and at the end there are Alluvium and Glacial Deposits. The TBM was equipped with scrapers, cutter discs and buckets.

The lining consists of precast segmental rings formed of six segments that are 1.2m long, 225mm thick and have a taper of 20mm. The OD of the tunnel is 4.1m and the ID is 3.65m. The concrete mix is the same mix as it was used on Crossrail C310. The first 100m and the last 100m of the tunnel drive were to involve rebar reinforcement of the rings due to the shallow overburden. The middle section was to be steel fibre reinforced. Steel fibres are Arcelor HE++ 90/60 with a dosage of 35 kg/m³, PP fibres are Baumhüter with 1.5 kg/m³.

The rings were cast in Ireland by Shay Murtagh, which also produced the segments for the Crossrail C310 and the Corrib project. The moulds have been supplied by Herrenknecht Formwork. In total 15 stationary sets of moulds will be used. The gaskets were from Datwyler. They are cast in and of type ‘M38566’. Fittings are supplied by Anixter (Sofrasar Shear Dowels SOF-FIX Anix 60).

The tunnel will house a new 42in (1.07m) carbon steel gas pipeline with a 19mm wall thickness, replacing an existing line that has been exposed on the bed of the Humber, a major inlet in the northeast of England. The pipe will be formed of 2x612m and 6x624m length strings. The total length of the pipe makes it the longest pipe string insertion in the world, according to the contractor.

The new pipe will carry 20% of Britain’s gas supply and has been designed for a 40-year life at 77 bars of pressure. The client believes that this should be enough to see the project outlast the majority of fossil fuel demand by Britain.

Prior to pipe insertion the tunnel will be flooded with sea water, two 500t pipe thrusters will be inserted at the base of the shaft and will push the strings from one side of the river to the other river to the other. A 75mm concrete coating, blended with iron ore to increase its weight gives the pipe negative buoyancy so it sits at the base of the tunnel. This concreting was carried out by Bredero Shaw in Scotland, but the pipe was manufactured by Euro Pipe of Germany.

The insertion process is heavily engineered to prevent buckling of the gas pipe when it is inserted resulting in very tight tolerances on pipe to pipe welding and insertion pressures on the pipe thrusters. Each string is over 800t in weight requiring heavy duty rail and pipe bogey system to move them from the stringing field to the insertion point in the shaft.

However, the main challenge for the tunnel drive is driven by the length of the tunnel in combination with its small diameter. The tunnel is a single tube tunnel without any intermediate structure like shafts or cross-passages. The TBM has been equipped with a refuge chamber by Sänger of Germany for safety.

The contractor said of the project that it could be compared to the Narrows Crossing near Gladstone, Queensland in Australia. That is another 5km tunnel with a gas pipe inserted into it. 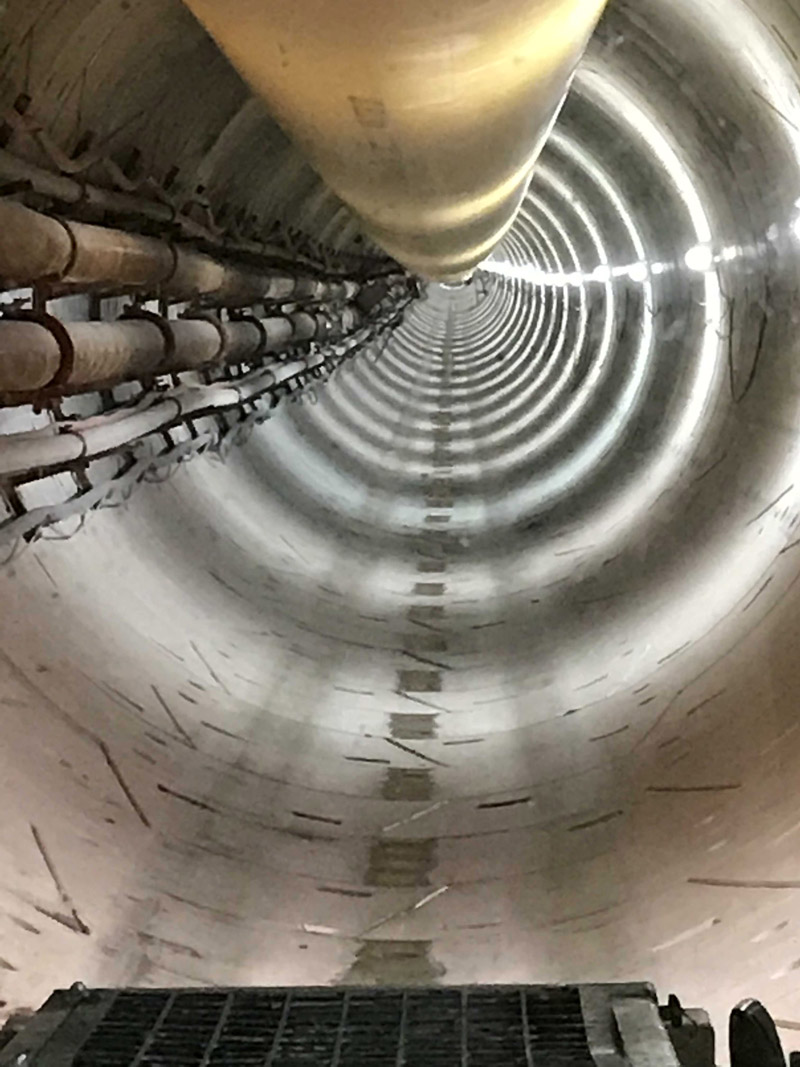 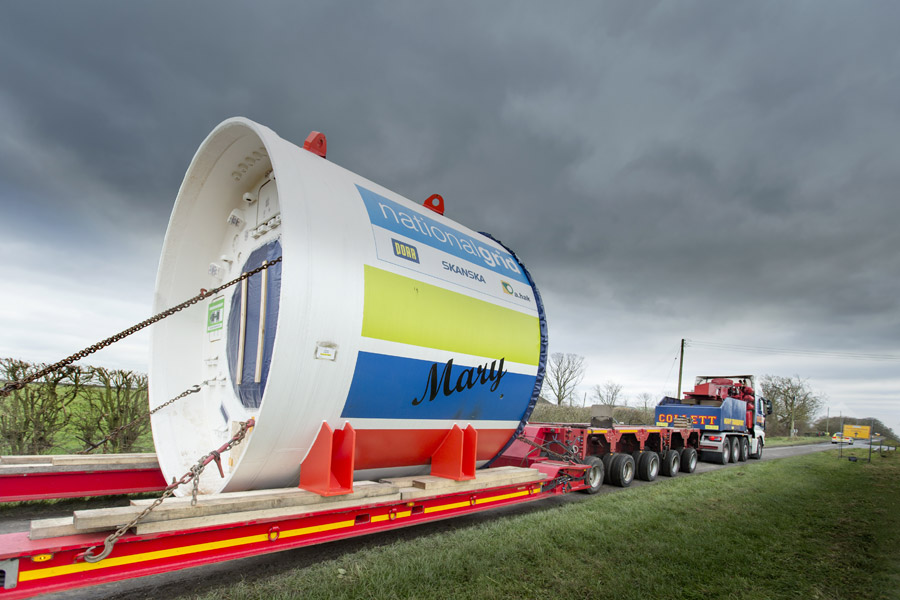