Turkey — Excavation works on a 9km-long section of the Gerede Water Transmission Tunnel completed in December. The 31.6km tunnel, the longest water tunnel in Turkey, will go into operation in March and provide drinking water to Ankara.

Contractor Kolin-Limak JV finished boring the section of the project with a 5.56m-diameter Robbins Crossover (XRE) machine, after earlier efforts had ground to a halt. Geology consisted of extremely difficult ground, including sandstone agglomerate, limestone and tuff.

Nuh Bilgin, professor of mine and tunnel mechanisation at Istanbul Technical University, and chair of the Turkish Tunnelling Society said of the project, “I’ve had the chance to study and visit the majority of mechanised tunnelling projects in Turkey since the 1980s. The Gerede project is one of the most challenging projects among them.”

A spokesperson for Robbins said, “[Earlier attempts] encountered incredibly difficult geology including massive inrushes of mud and water. The Kolin/Limak JV had to develop a new strategy given the unexpected ground conditions. They contacted The Robbins Company, who suggested a dual mode TBM for the remaining section of tunnel.

“The machine was designed to statically hold water pressure up to 20 bar, a failsafe that none of the standard Double Shield TBMs had been equipped with. A convertible cutterhead was also provided that was designed for ease of conversion between hard rock and EPB modes, and with cutter housings that could be fitted with either disc cutters or tungsten carbide tooling.

“To cope with difficult ground, the Gerede machine was also equipped with the Torque-Shift System, multi-speed gearing allowing the machine to function as either an EPB or a hard rock TBM. This function is done by adding another gear reduction--heavy duty pinions and bull gears accommodate high torque at low speed, allowing the machine to bore through fault zones and soft ground without becoming stuck.”

The machine was assembled in spring 2016 after crews excavated a bypass tunnel to one side of one of the stuck TBMs.
An underground assembly chamber allowed the machine to be built in the tunnel. “The logistics of getting components through the existing tunnel were the most challenging thing. The assembly chamber was 7km from the portal. The water inflow of 600 litres per second made it difficult to get the materials to the machine,” said Glen Maynard, Robbins Field Service site manager.

The machine was required to be used in EPB mode as it encountered water pressures up to 26 bars, alluvium, flowing materials, clay and a total of 48 fault zones. Water pressure was lowered by draining the ground water through the rear shield probe drill ports, which were equipped with normally-closed ball valves. Probe drilling was done on a routine basis to get through the ground conditions. “Together with the difficult geological conditions the travel time to reach the TBM within the tunnel had effects on TBM performance. Despite this constraint, the tunnel excavation achieved a best day of 29.4m, best week of 134.6m and a best month of 484m,” said Baris Duman, project manager for the Kolin-Limak JV. “We had many challenging areas with water and high pressures up to 26 bar along with alluvial material in fault zones.

Ground pressure on the shield body caused squeezing conditions in clay. In these regions, we were able to quickly pass through by keeping the TBM advance rate, cutterhead rpm and screw conveyor rotation speed at the ideal level.” 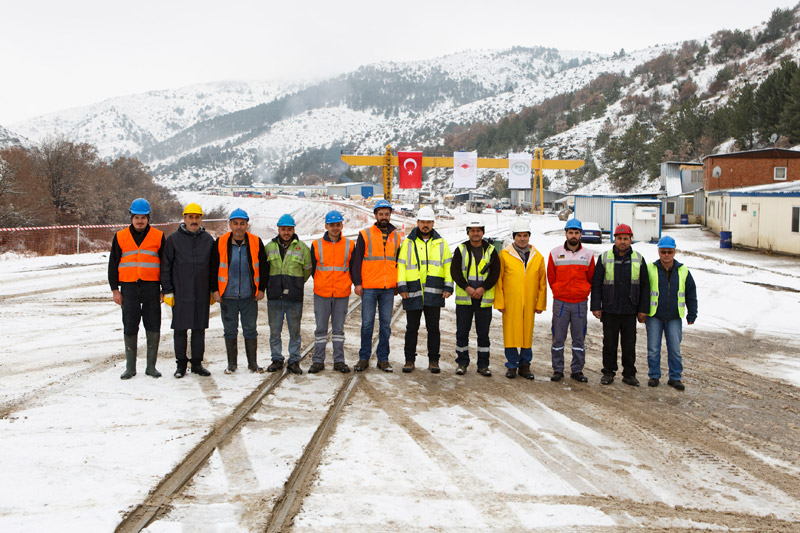 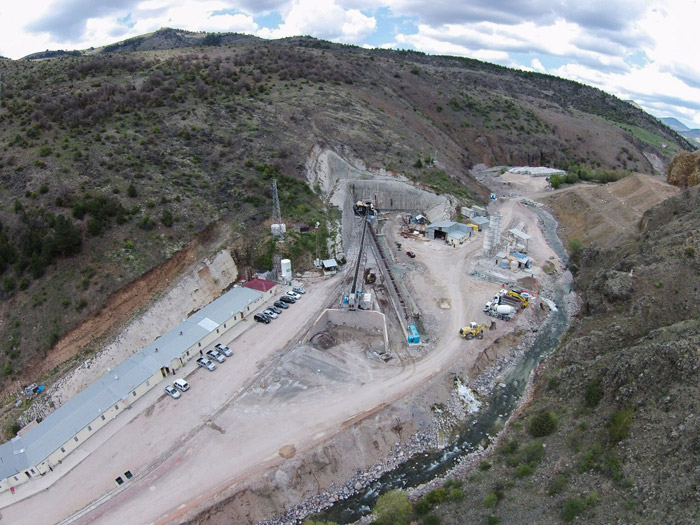 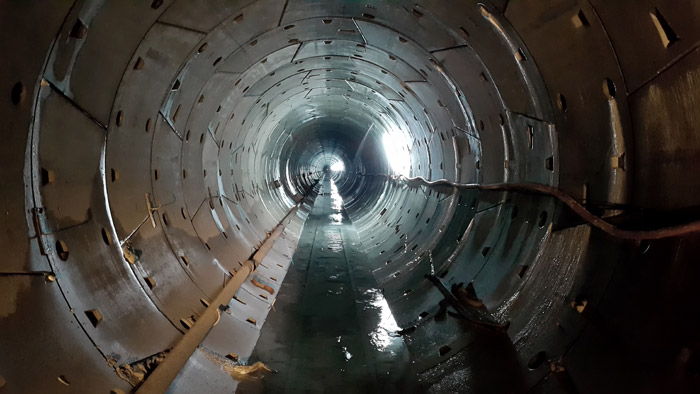 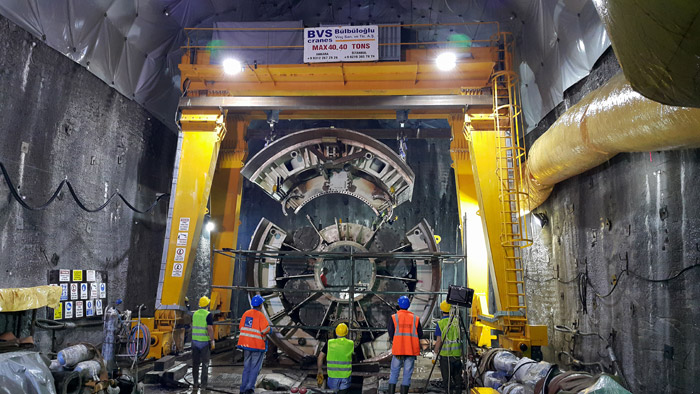 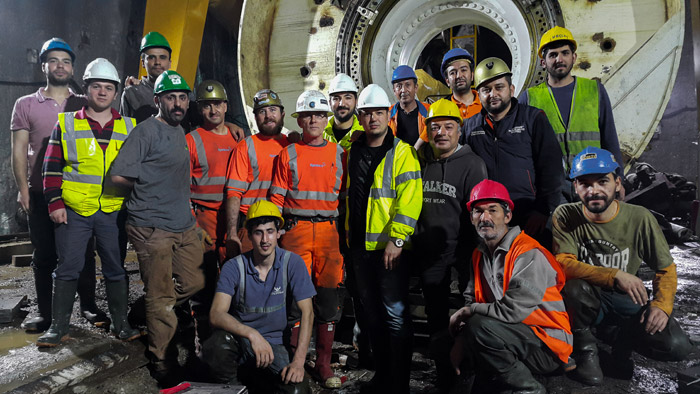