The machine, named Jinxiu after the tunnel it is boring, achieved an average daily advance of 13.12m in July to exceed the monthly progress of 394.2m achieved in May. The geology is mainly mudstone.

Jinxiu has a 12.79m diameter, is 135m long and has 7500kW installed power. It was developed jointly developed by CRCHI and China Railway 14th Bureau Group Corporation Ltd. 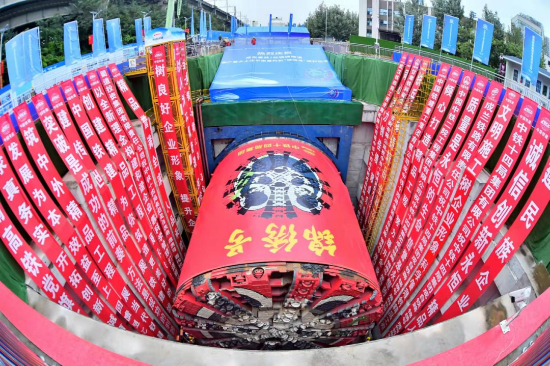 The Jinxiu Tunnel has a total length of 3.65km, and EPBM excavated section is 2.62km. The minimum curve radius of the shield machine excavation section is 650m, and the line spacing is 4.2m. The single bore tunnel, which will feature two rail lines, lies at depths of 7-51m.

The tunnel passes under several sensitive buildings and existing railway lines. To address some of these challenges the design was optimised so only two cutting tools have needed to be changed over 1937km.