I read with interest about the impressive Moscow metro expansion (from the interview with Anna Merkulova, T&T, November 2021, p18). One sentence in particular caught my attention: “We increased the pace of the programme by placing most of the new sections close to the surface rather than deep down.”

Some 15 years ago, I was hired to give advice to the consortium which was struggling with the time-increasing and risk-increasing consequences of the shallow Line 4 in Sao Paulo. The consequences of mixed face, such as soil to rock in the same station (Butanta) and huge overbreak events due to the closeness to the surface in this station – and in the nearby running tunnel – were clear for all to see.

The difficulty of near-to-surface pre-injection also resulted in abandoned houses (to this day), and big settlements needing infill to prevent flooded sections of two roads. The consequences of a ridge-of-rock crushing lattice girder support and the resulting loss of life at the next station cavern (Pinheiros) is regrettably well-known. 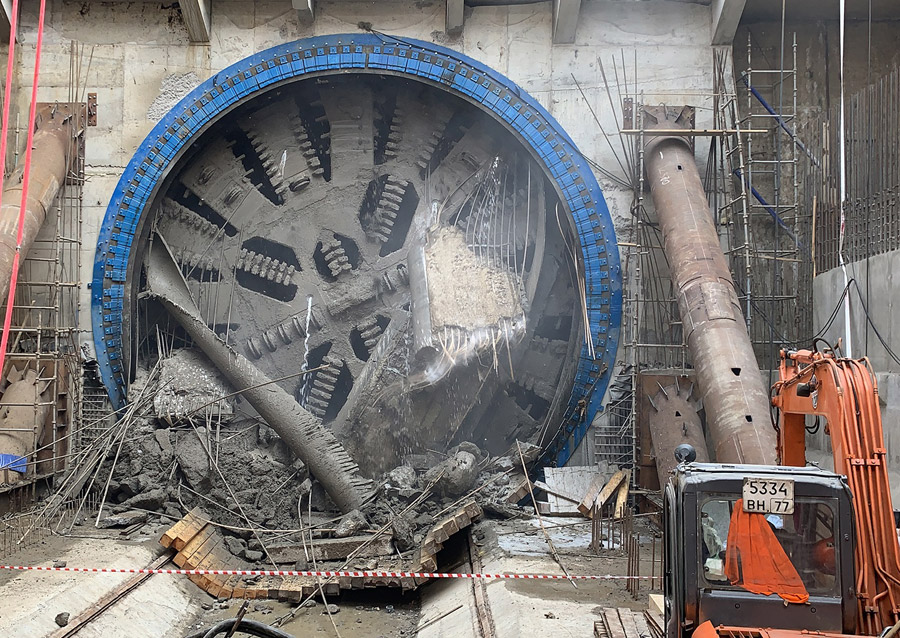 These experiences caused me to title a subsequent lecture in Hong Kong: ‘The shallow escalator syndrome’. Later, there followed five years as a rock mechanics reviewer of MTR metro expansion – mostly with in-rock station caverns and running tunnels, and I would say wiser and cheaper designs by the various firms responsible.

So, to the obvious question. Is it really ‘increasing the pace’ when struggling with unstable sands and soils, and the occasional need for freezing? Why did London choose to go deeper and mostly have the benefit of the London Clay? Or the benefit of granite or tuff, rather than saprolite in Hong Kong?

Is the frequent ‘choice’ of soil-related problems in many other metro-expansions around the world saving time and schedule, or is it because of the dominance of soil mechanics over rock mechanics in the rosters of our geotechnical umbrella organisations?