Great Britain - Engineers were preparing to sink 30m deep shafts at locations alongside the Thames in West London as Tunnels and Tunnelling went to press. The sites were being prepared at the Royal Hospital Chelsea, Battersea Park and ahead of construction of the 330m-long tunnel by micro TBM.

The first shaft, which will have a diameter of 7.5m, will be sunk in the grounds of the Royal Hospital Chelsea between January and March 2017. The site will then be cleared to avoid any disruption to the events over the summer. Work will then shift to Battersea Park where the second shaft – with a diameter of 6m - will be sunk between April and August 2017. Tunnelling will start after the shafts have been completed and should be finished in 2018 after which the new intermediate pressure gas pipe will be installed.

The project is part of a National Grid scheme to future-proof London’s gas infrastructure.

Project Manager Andrew Hejdner said: “This is National Grid Gas Distribution’s flagship civil engineering project for the 2013-2021 regulatory period. We’re looking forward to getting started on the construction which has taken almost 12 months of planning.”

He added: “Designing a tunnel 330m long tunnel that runs 30m under the River Thames is fairly straightforward in tunnelling terms however to secure so many permissions and factor in Thames Tideway’s works in such a short space of time is an impressive undertaking. Our project team have done a fantastic job in designing the river crossing and securing the necessary permissions.” 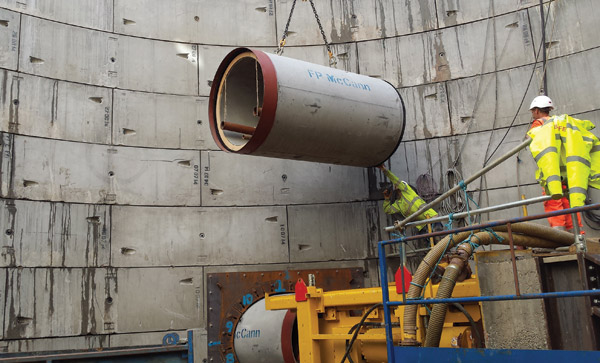