The 140-tonne Herrenknecht TBM, named Christine, began its journey at the LPT site in Hurst, south-east London, in July last year and completed its drive in Eltham. It has travelled 6.7km underneath London suburbs, reaching depths of up to 50m. 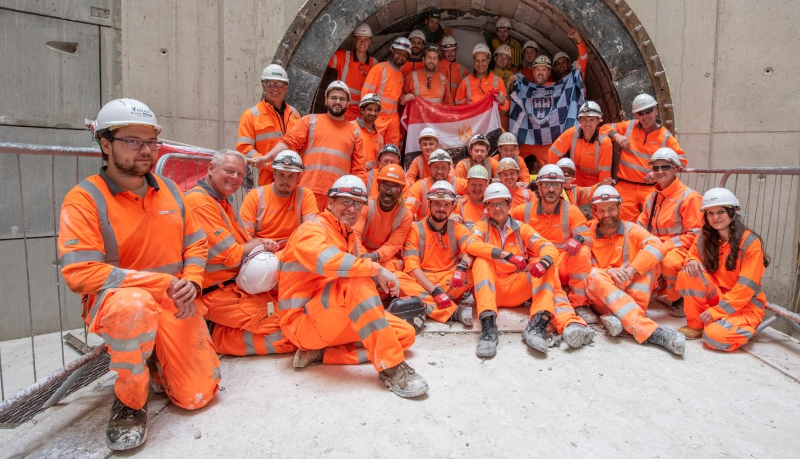 The completion of the drive represents a key moment for the £1bn (US$1.23bn) project to rewire London and prepare it for future electricity demands as the city continues to grow.

Speaking at the breakthrough, Gareth Burden, project director, London Power Tunnels, said the completion of the journey from Hurst to Eltham represented a significant milestone for the project.

“After close to a year of tunnelling, it is exciting to see the first connection between sites. The team has worked so hard to make this happen, in the face of tough ground conditions. Thanks to Hochtief Murphy Joint Venture (HMJV), Herrenknecht, our engineers, fitters, miners and everyone else involved. A special thanks also goes to the Joseph Gallagher Ltd gangs who put in some hard yards down in the tunnel,” he said.

TBM Christine was named after Christine Townley, the former executive director of the Construction Youth Trust, known for her championing of diversity and STEM careers.

LPT is a seven-year project to rewire south London via deep underground tunnels. In total, 32.5km of 3m -diameter tunnels are being built between Wimbledon in south-west London and Crayford in the south-east, which will carry high voltage electricity cables. It will be operational in 2027.

Most of the electricity supply in south London is currently transmitted through underground cables, traditionally found just below the road surface. Work to maintain them is carried out at street level and can be disruptive. LPT will enable maintenance work to be carried out without disrupting traffic, residents and businesses and additional cables can be installed in the tunnels to meet future demand.