Work has started on the Fehmarnbelt tunnel’s Danish portal building, where train and road traffic will descend and drive through the 18km-long tunnel to Germany.

On the Danish side work is already under way to build the concrete factory to case the tunnel’s concrete elements. Each tunnel element will weigh 73,500 tonnes. 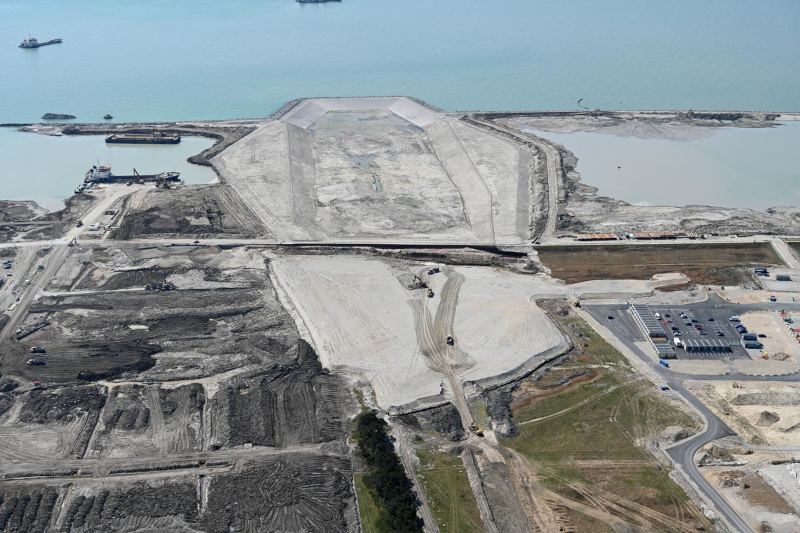 Close to the coastline, these tunnel elements will be connected by two major portal areas, which will ensure a smooth transition between the motorway and rail line on land and the tunnel, which will lie in a trench on the seabed.

“The construction of the [concrete] factory, work harbour and workers’ town has taken up a lot of time and will continue to do so, but from now on we will also work directly on the actual tunnel portal itself,” he said.

Christian Kaas Oldenburg, project manager at state-owned developer Femern A/S, said construction of the tunnel portal would soon be one of the clearest signs project was making rapid progress.

“It’s the equivalent of building the walls and roofs of a house. There are many years of work ahead, but before long you will be able to see the facade for the world’s longest immersed tunnel,” he said.

The Fehmarnbelt project, currently the largest construction project in northern Europe, will link Germany and Denmark via an 18km immersed tube tunnel beneath the Baltic Sea. It will consist of 79 217m-long hollow, reinforced concrete elements and 10 special elements.

Due to open in 2029, Fehmarnbelt will be the world’s longest immersed tube tunnel and the longest combined road and rail tunnel underwater.