Austria – Wimmer showcased a new compact tunnel excavator at WTC 2019 in Naples. The ‘Blue Badger’ is designed to work in smaller tunnel cross-sections, from 3.5m upwards.

It comprises a single boom with a 2x 45° swivel bearing that can carry drilling equipment, a bucket, hydraulic hammers, hydraulic milling machines, demolition tongs, a tunnel arch gripper and other specialised tools. The company made special mention of the ability of the Blue Badger to quickly change between these tools.

The Blue Badger was first used at the Plabutsch Tunnel near Graz in Austria. A safety upgrade to the 10km highway tunnel was required, which included an additional escape route.  This renovation is expected to be completed in autumn 2019.

This excavator was also used at the Aubergtunnel to construct a rescue tunnel for Marti in December 2018. The tunnel is designed to relieve the traffic congestion in Altenmarkt, Bavaria, Germany. It is planned as a section of the bypass for a length of approximately 1.5km. The estimated completion of the project is in early 2021.

The Blue Badger is also working at the Grand Paris project in France. Spie Batignolles is involved in the subway construction project on behalf of RATP, the metro operator. The Blue Badger is being used to excavate several sections. 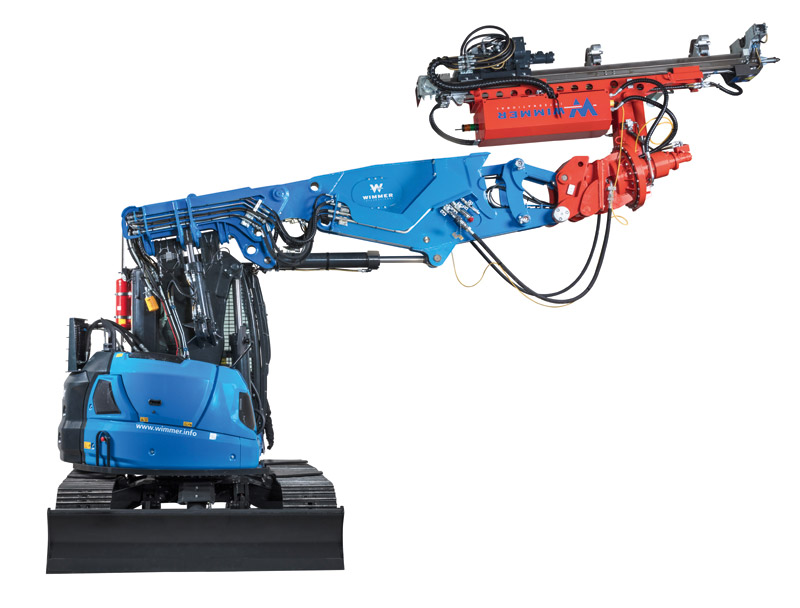 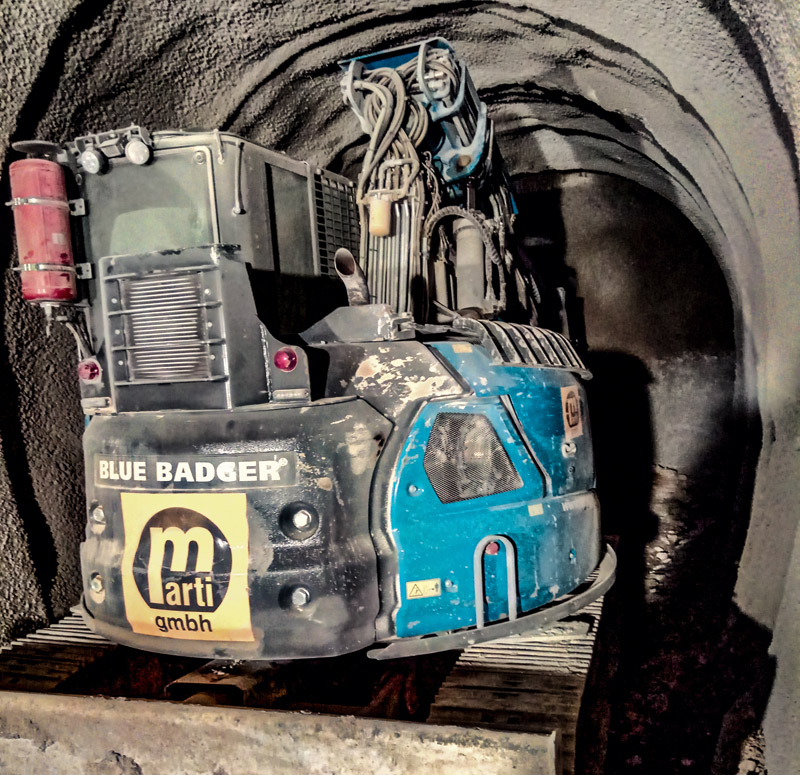 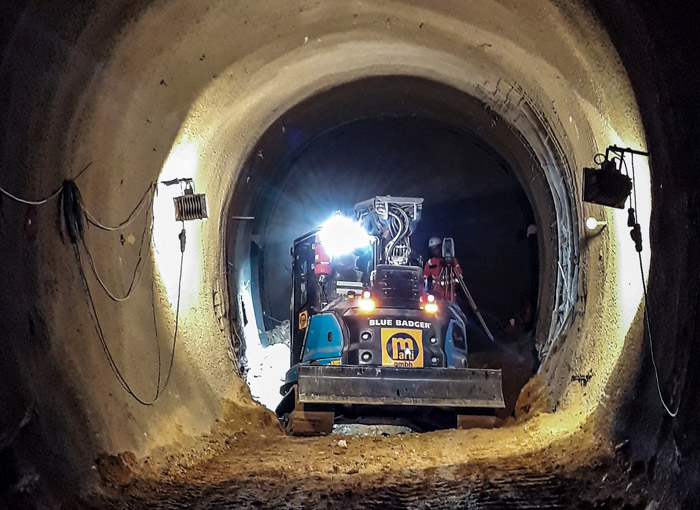