Australia – Work on the Western portion of the Sydney Metro project will begin next year. Premier of New South Wales Gladys Berejiklian delivered the announcement, saying that work would begin at the Bays Precinct, to prepare for major tunnelling works totalling more than 50km of new tunnel. These will be the longest rail tunnels ever built in Australia and are expected to constitute the largest tunnelling contract in Australian history.

The first works in the Bays Precinct will include site surveys, investigations and early works such as road relocation.

The seven station locations were also announced, with the chosen locations being Westmead, Parramatta, Sydney Olympic Park, North Strathfield, Burwood North, Five Dock and the Bays Precinct. The NSW Government will also fast-track work to investigate the feasibility of building a Metro station in Pyrmont, while also assessing a potential station at Rydalmere. Further work is also underway to determine the location of the new Metro station in the Sydney CBD.

The tunnels on the Sydney Metro have largely been through sandstone, with some exceptions, notably the harbour crossing required by the City and Southwest section of the project. TBMs have been around 7m in diameter, for a finished tunnel diameter of 6.1m.

Berejiklian added, “The Western Sydney Metro will fundamentally change how we get around our city for generations to come, connecting Greater Parramatta and the Sydney CBD with fast, safe and reliable metro rail. We’ve successfully delivered the North West Metro Line early and AUD 1bn (USD 680M) under budget, the next line from Chatswood to Sydenham and Bankstown is on track to open in 2024, and now the next Metro project is underway.”

A spokesperson for Transport for NSW recently told Tunnels and Tunnelling that the NSW Government has pleasantly surprised people with how quickly it has progressed with tunnelling investment following success on the Northwest section of the project. 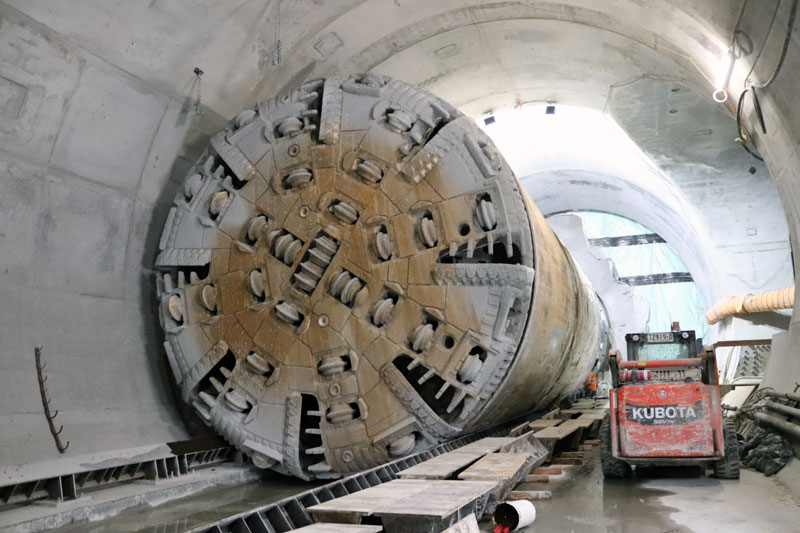