The Las Vegas City Council has approved the Boring Company’s application to expand the Vegas Loop in downtown Las Vegas.

The Loop, envisioned to be a nearly 58km tunnel network with more than 55 stations, will provide an underground transport service using Tesla vehicles. It will include the existing Las Vegas Convention Center (LVCC) Loop and now extend into downtown, including the Strip, the Fremont Street Experience, and the City of Las Vegas. 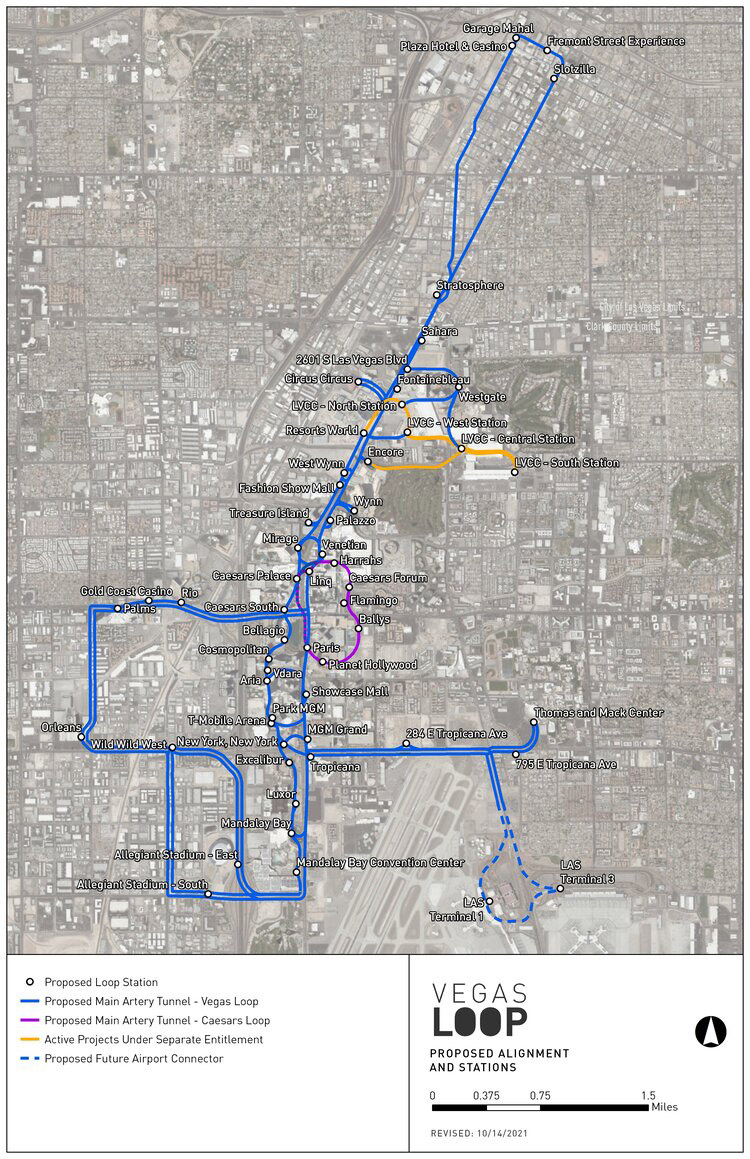 In February, the groundwork was laid for the Loop’s first station when the Boring Company’s Prufrock TBM surfaced at Resorts World, connecting the LVCC Loop and the Vegas Loop. During the tech event CES 2022 in January, the LVCC Loop transported 15,000-17,000 each day.

The expansion project, which is being privately funded, is expected to start in early 2023.

In February, the Boring Company submitted plans for a loop around North Miami Beach, running between Golden Glades Transit Center and Sunny Isles Beach at Newport Pier, and it has also proposed several projects in Texas.