The TBM, named Hiwa-i-te-Rangi, will tunnel 1500m across the Manukau Harbour, in what is the most challenging section of her 14.7km journey from Mangere to Grey Lynn. Tunnelling is at depths of 15-20m and should be completed in around four months.

Prior to starting this section more than 30 cutting discs were swapped for rippers for maximum efficiency as the Herrenknecht EPBM will dig through East Coast Bays Formation rock to Grey Lynn. The 5.4m diameter machine will progress 16m a day. Hiwa-i-te-Rangi has already tunnelled 2.5km from the Mangere Treatment Plant on the south side of Manukau Harbour.

Ghella Abergeldie Joint Venture is the main contractor on the NZ$1.2bn project. 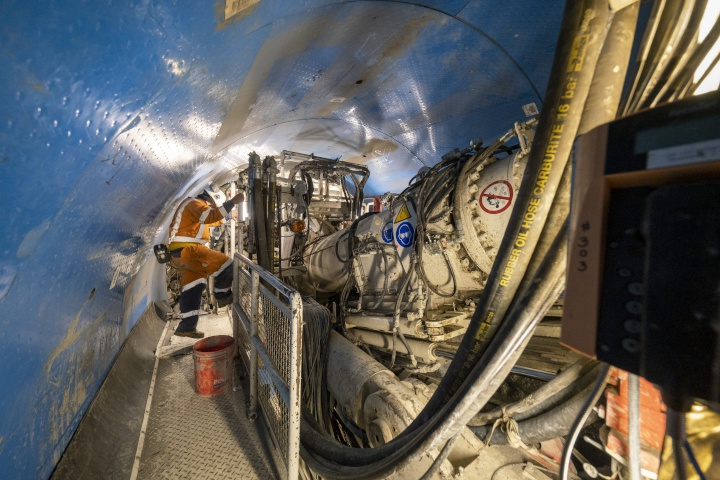 This is the first time tunnelling has taken place under a major New Zealand harbour, although Watercare has previously tunnelled under smaller sections of water, including the Orakei Basin, to create the Hobson wastewater tunnel and a 600m stretch for the Rosedale Waterwater Treatment Plant outfall pipe.

The harbour crossing will be followed closely by the Central Interceptor’s other tunnelling team, which is operating Domenica, a micro-TBM to build the first of two branch sewers.

The Central Interceptor, the largest wastewater in New Zealand’s history, will store 226,000m3 of wastewater, control the flows into treatment plants and reduce the number of wastewater overflows.