The 1.4km road tunnel will link Newham on the north of the river, to the Greenwich Peninsula, and is aimed at reducing congestion at the existing Blackwall Tunnel.

The project is being delivered by the Riverlinx consortium, comprising abrdn, Invesis, Cintra, Macquarie Capital and SK ecoplant, through a design, build, finance, operate and maintain contract. The vast majority of the funding is coming from private finance which has been raised specifically for the scheme. 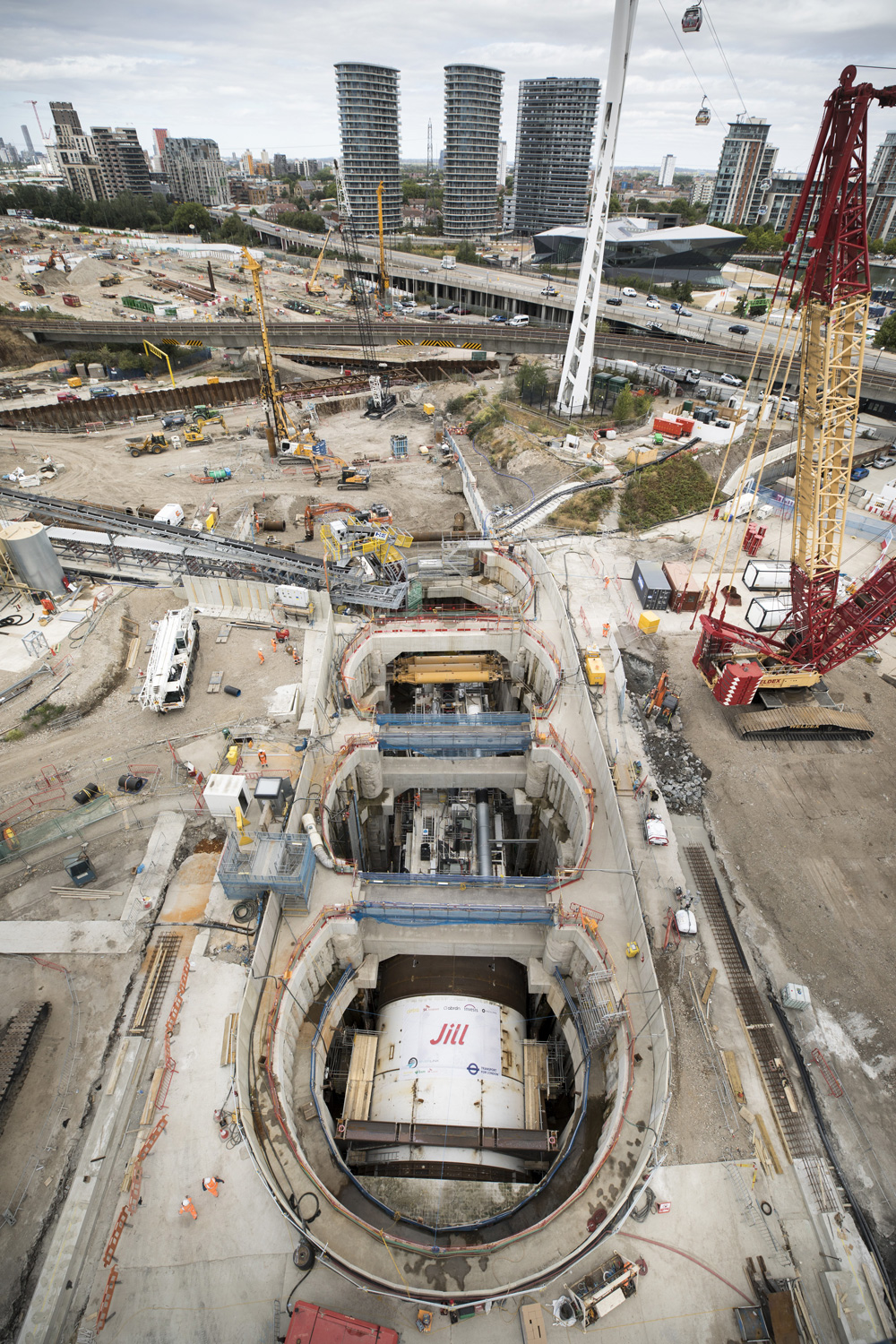 Apart from a small section around the tunnel entrances, which will be built using cut and cover, the two bores of the tunnel are being dug using one 82m-long TBM, named ‘Jill’ in honour of Jill Viner, the first female bus driver in London. The Herrenknecht TBM is the largest ever used in the UK, with a cutterhead diameter of 11.91m, and is so large it was transported to the UK in pieces and assembled in the launch chamber. It will progress under the river at around 10m a day. Once the first tunnel is completed from north to south, the TBM will be turned to head back to Newham to complete the second tunnel.

During the project, nearly 600,000 tonnes of material will be excavated and removed from site via barges along the river. More than 150 barges have already been used to deliver or remove materials and waste from site, removing at least 18,000 lorries from the road. The excavated materials from tunnelling will be transported along the Thames to a former landfill site in Essex as part of a restoration scheme. 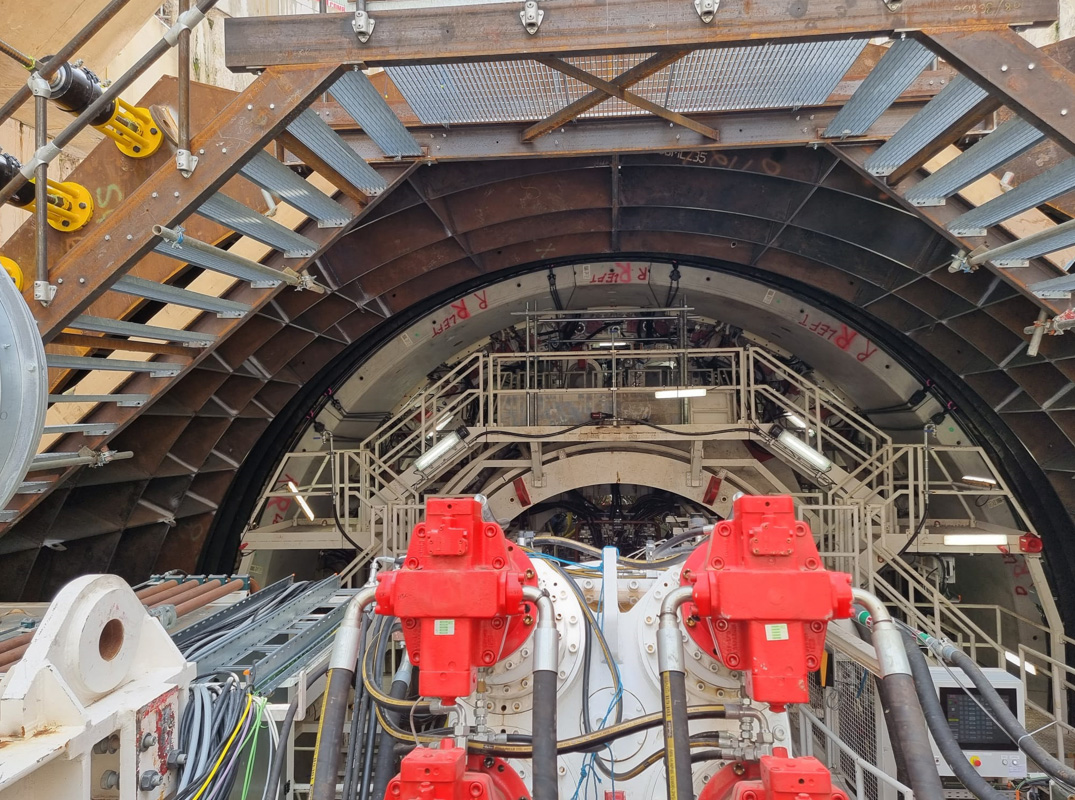 Alongside the tunnelling, Riverlinx will soon start work to realign the road network in Newham and Greenwich to link with the new tunnel.

TfL and Riverlinx are also actively working on designs for the walking, cycling and landscaping improvements, which will be delivered around either side of the tunnel entrances. These include dedicated cycleways and footways, as well as ‘shared space’ and new public realm areas. Both tunnel portal buildings will have green roofs.

The Silvertown Tunnel project was due to start in 2020 but was delayed by Covid lockdowns. When completed in 2025, it will be the first new road crossing east of Tower Bridge since the Dartford Crossing was built over 30 years ago. Each tube will have a dedicated lane for buses, coaches and heavy goods vehicles, resulting in significantly more buses crossing the river and therefore a greater provision of public transport.