Balfour Beatty has completed the third and final offshore tunnel for the Hinkley Point C nuclear power station’s cooling system under the Bristol Channel in the UK.

Three Herrenknecht EPB TBMs were used to build a total of 8.8km of tunnels – two 3.5km-long intake tunnels with a 6m internal diameter and a 1.8km-long outfall tunnel with a 7m diameter. The tunnels run 33m below the seabed. The intake tunnels have six segments per ring, while the outfall tunnel has eight. 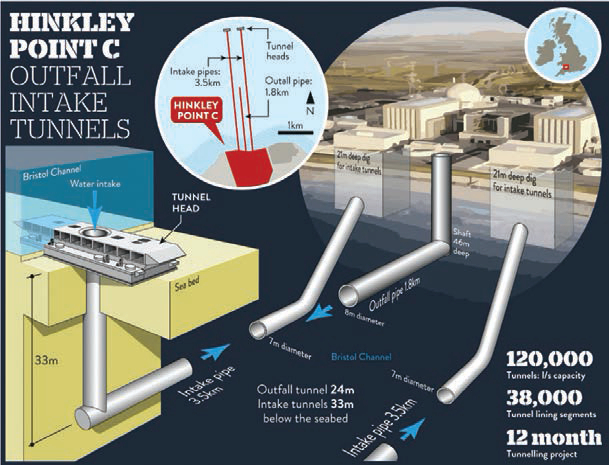 The tunnels are being capped with four intake and two outfall head structures. The largest heads are 44m long, around 8m high and weigh in at just under 5,000 tonnes.

This week energy company EDF released images of the placement of the second of the four intake heads. The two outfall heads have already been lowered into position. 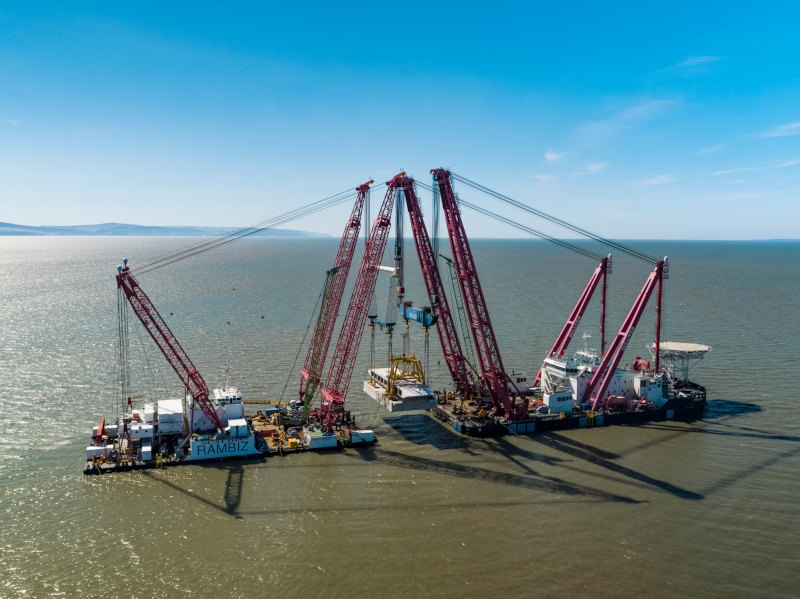 Each intake head is being lifted into position by two floating cranes working in tandem with a combined lifting capacity of 7,300 tonnes.

Installing the system is regarded as one of the world’s most complex marine engineering projects as the Bristol Channel has the second highest tidal range in the world. The work to install all six heads will continue into the early autumn.