Tunnelling work has started in Far North Queensland, Australia on the Kidston Pumped Hydro Project which involves the world’s first conversion of a disused gold mine into a pumped-storage hydroelectric power facility.

Led by renewable energy and storage company Genex, the scheme is also Australia’s first pumped hydro project for over 40 years and involves two former mining pits functioning as upper and lower reservoirs. With a 218m max water head between them, the natural battery storage facility is expected to generate up to 250MW of rapid response power for the Australian electricity grid. 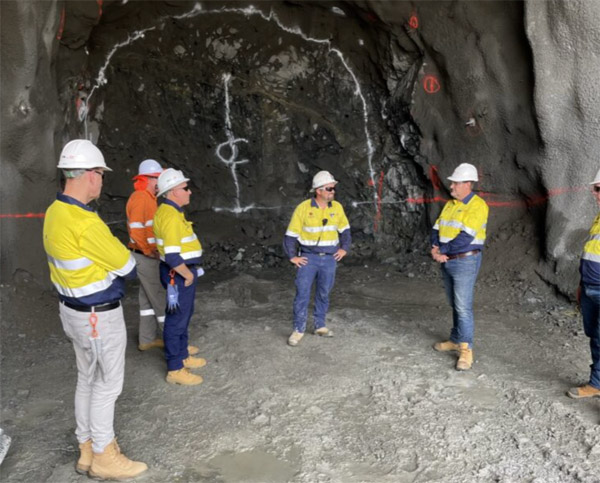 EPC joint venture John Holland and McConnell Dowell has started work on the 1.5km-long main access tunnel that will lead to the underground powerhouse cavern located 250m below ground. Drilling and blasting the 6 x 6m tunnel will be undertaken on a 24/7 basis with completion expected in spring 2022. Other tunnels – headrace and tailrace – and shafts are also part of the project.

Electricity will be generated during morning and evening peak periods when water is released from the upper reservoir down into the lower reservoir, in the process driving reversible turbines in the underground powerhouse; the electricity generated will be routed to the national power grid. During low-peak periods, water will be pumped back up to the higher reservoir using a combination of on-site-generated solar electricity and grid power. This water will be stored ready for the cycle to begin again.

The US$560m project enjoys a low capex thanks to the existing infrastructure which includes mining pits, accommodation camp, airstrip and water supply. The project is also noteworthy for being the third-largest electricity storage project in the country, and the first to be developed by the private sector. Genex expects project completion in Q4 2024.