A third Terratec TBM for the Chennai Metro Rail project has completed its FAT and is being shipped to India.

The 6.61m diameter EPBM is one of five that Terratec is supplying to Tata Projects Ltd for the works. 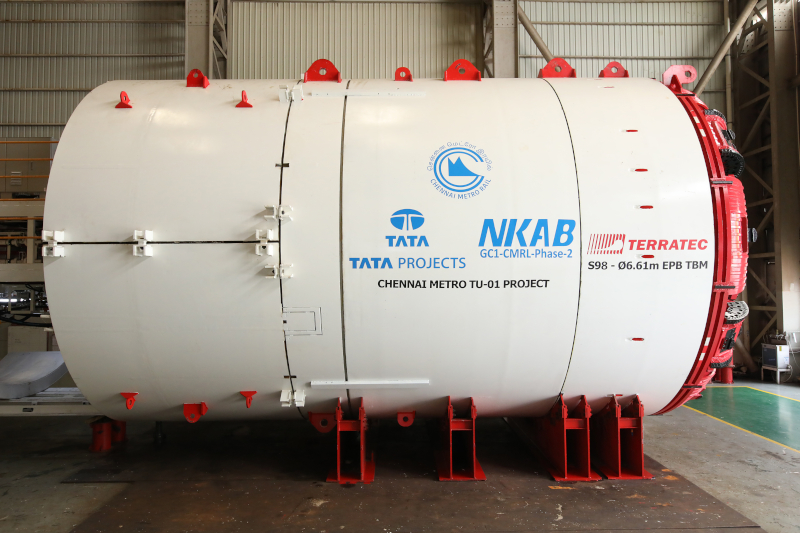 The first TBM was delivered in May, while the second and third machines have been dispatched. They will be used to build 18km of tunnels on Corridor 3 of the Chennai Metro Rail, from Venugopal Nagar Station to Kellys Station.

The project includes the construction of diaphragm walls and the launch and retrieval shafts at four stations. One of the project’s major challenges will be tunnelling beneath historical structures in built-up areas. 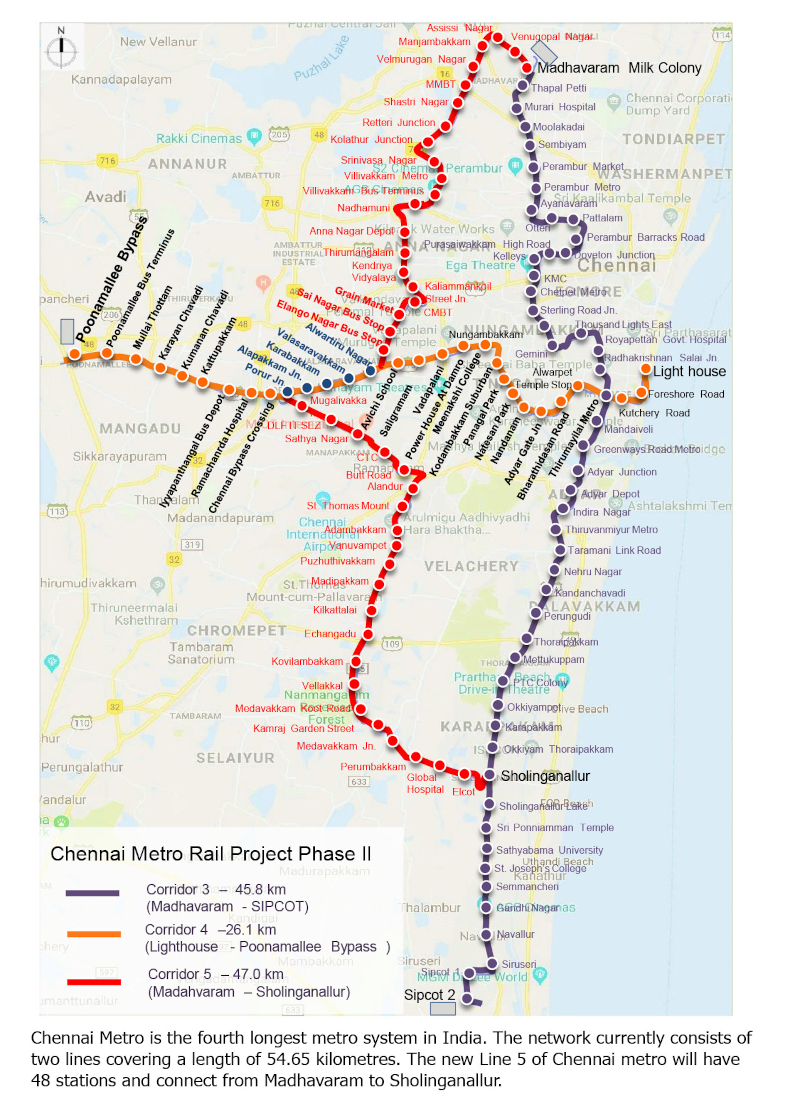 The EPBMs have versatile mixed-ground dome-style cutterheads that have proven to work effectively in mixed geology. In Chennai the machines will encounter mainly sand, silt and clay, with approximately 10% weathered rock. The universal reinforced concrete lining rings measure 1,400mm wide by 275mm thick, comprising five segments and a key.

Chennai Metro is India’s fourth longest metro system, in one of the country’s fastest growing cities. The network currently consists of two lines covering a distance of 54.65km. The new Line 5 will have 48 stations and connect from Madhavaram to Sholinganallur. The project is expected to be completed in about four years.