Assembly of the TBM for Poland’s S19 Highway will start soon.

The five elements of the cutting disc and head have already been delivered to the jobsite at Babica and transport of the remaining parts is scheduled.

Assembly will take about three months. The 4,000-ton TBM will be 112m long and have a 15.2m diameter. It will operate at a maximum depth of 100m. The refurbished TBM was previously used on the M30 tunnels in Madrid. 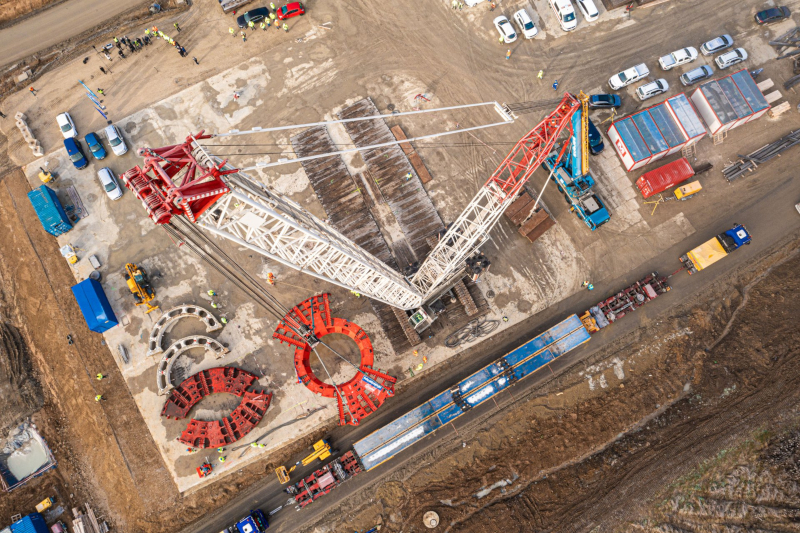 Last year Acciona and its Polish subsidiary Mostostal Warszawa were awarded the €500m design and build contract for the 10.3km section of the S19 highway in south-east Poland, including a 2.2km dual tunnel, between the Rzeszów Poludnie junction and Babica. The two bores will be connected by 12 emergency passages.

With an alignment through hilly terrain and complex geology, the project is considered to be one of Poland’s most technologically advanced infrastructure undertakings.