Italy – The Trans Adriatic Pipeline (TAP), an EUR 3.9bn (USD 4.43bn) natural gas pipeline project in the eastern Mediterranean, has been granted full funding. Mott MacDonald was the lenders’ technical advisor on the project and performed technical due diligence on TAP’s design, construction and operational plans.

The 878km pipeline will start its journey at the Greek and Turkish border, cross Albania and pass under the Adriatic Sea before terminating near San Foca, a small seaside village in the Puglia region of southern Italy. It is part of a larger scheme to transport natural gas from the Caspian Sea to Europe.

The plant and pipeline are designed to receive gas at a pressure of up to 145 bar, but the planned delivery pressure is 75 bar.

Saipem was contracted to construct the offshore link between Albania and Italy and the microtunnelled onshore-offshore connection; Renco was awarded the Pipeline Receiving Terminal (PRT); a JV of Max Streicher and Enereco was awarded the Italian onshore pipeline.

The micro tunnel is being excavated by a Herrenknecht AVND2000AB through medium to dense sand. The machine has excavated 300m so far and 200 segments have been installed. Excavation is expected to last 110 days, with an advance rate of 10-12m per day.

The tunnel is lined with 300mm-thick precast segmental lining for a 3m o.d. and 2.4m internal diameter. A 36in (914mm) pipe will be housed inside the tunnel.

The project is due to be commissioned in  2020. 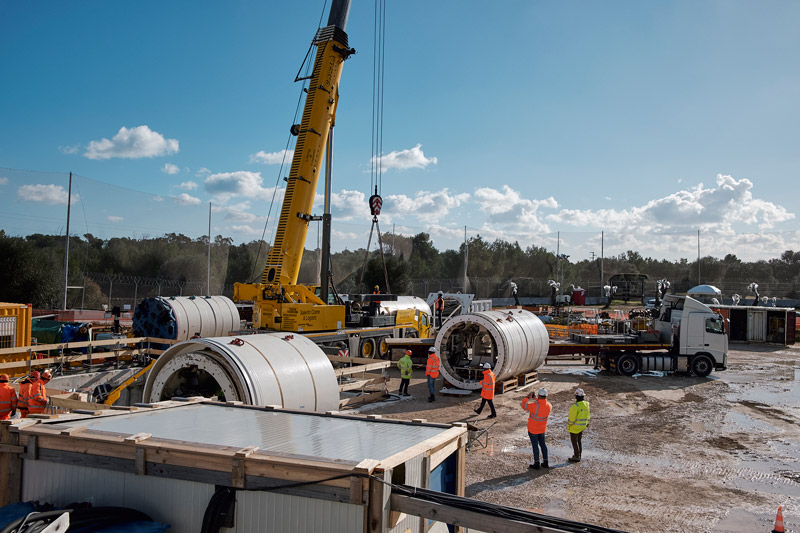 Aerial view on the Melendugno site with TBM 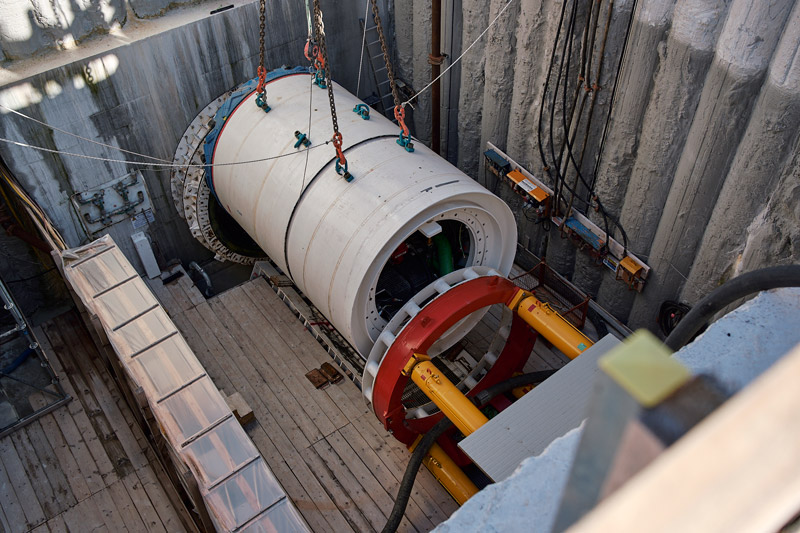 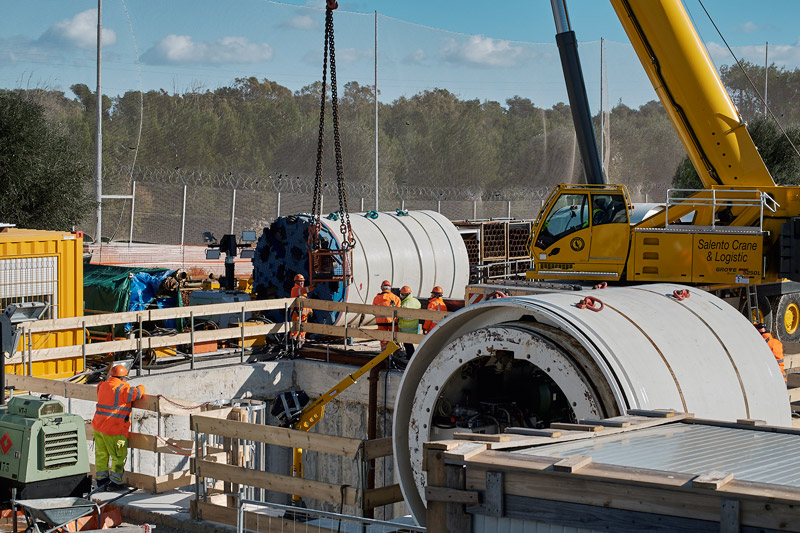