A new pedestrian and cycling tunnel is taking shape alongside the Finch West light rail transit (LRT) project in Toronto.

Eighteen concrete tunnel segments have been installed under the Highway 400 southbound on-ramp at Finch Avenue West, forming the body of the new multi-use tunnel. The 18 segments, each weighing 39.5 tonnes, were installed over a weekend.

The tunnel is 32m long but the entire portal extends for 155 metres.

The precast tunnel has rigid foam on the top, bottom and sides, providing thermal protection and noise insulation. A vapour barrier under each concrete section gives additional protection from groundwater leakage. 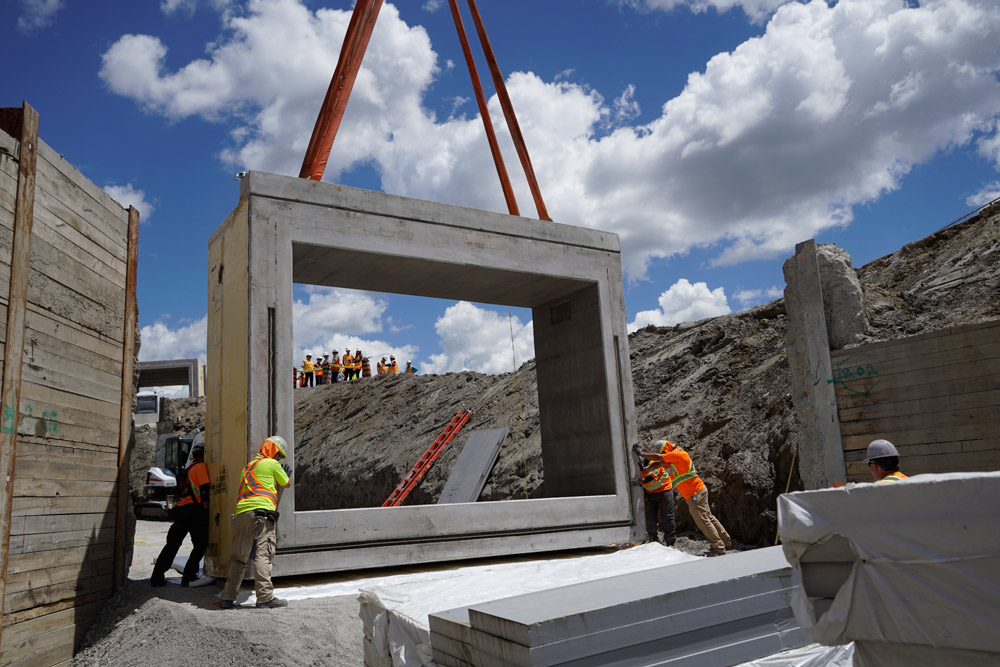 The portals will now be built and a drainage system installed to help mitigate flooding. The drainage system includes an alarm system that notifies maintenance crews immediately in the event of unexpected water build-up.

Finch West LRT is an 11km line providing improved connections in north-west Toronto. It has 18 stops, including an underground interchange at the Finch West Subway Station. The new line is scheduled to be operational next year.