Bahrain - Joseph Gallagher successfully installed its first microtunnel of 2018 in Bahrain. The project was to install a short drive, some 35m, of 600mm steel pipe underneath a road to form part of a new sewer network, the North Sitra Sewage Scheme.

Geology was a mixed face with rock at the bottom of the horizon, but the rest comprising sands and gravels. Overburden was up to 5m, underneath a busy junction. The Iseki TBM was set up for a 10mm overcut.

The machine launched from a specially designed thrust wall from a shaft that was a sheeted pit, driven to depth with a vibro hammer. A steel I-beam frame was then built and welded into pace. The same setup was used for the reception pit. 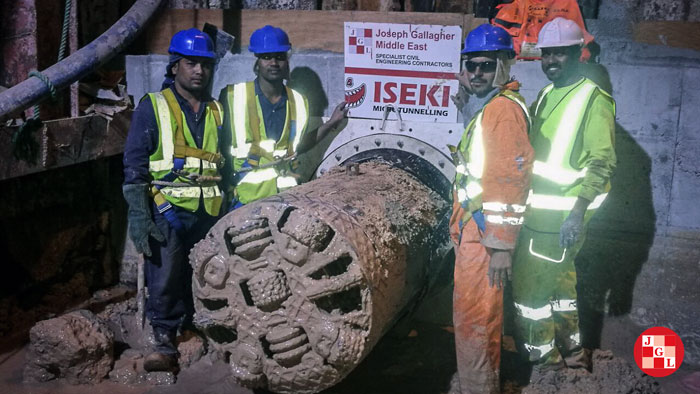