The giant cutterhead for HS2’s Long Itchington Wood Tunnel TBM has been transported back to its starting point, ready for its second bore.

After TBM Dorothy broke through at the south portal in July this year, the front part of the TBM has been dismantled and transported back to the tunnel’s north portal in a 24/7 operation, managed by the plant and logistics team at HS2’s contractor Balfour Beatty Vinci (BBV). 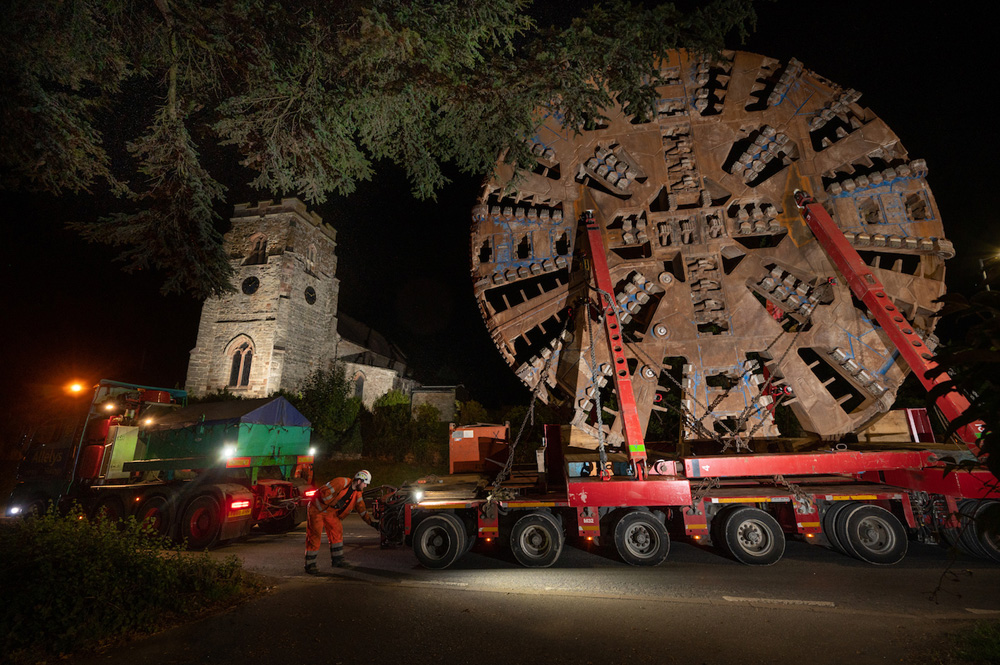 The cutterhead, weighing 160 tonnes and with a 10m diameter, was moved during the night of Wednesday, September 21. Standing upright on a 12m-long, 48-wheel self-propelled trailer (SPT), it was transported from the south portal, along some narrow country roads, through the village of Ufton and onto HS2’s north portal site.

The TBM's 120-tonne tail skin, also 10m in diameter, was moved in the same operation. The 2.5-mile journey took three hours, with the loads arriving at their destination at 3am on Thursday, September 22. 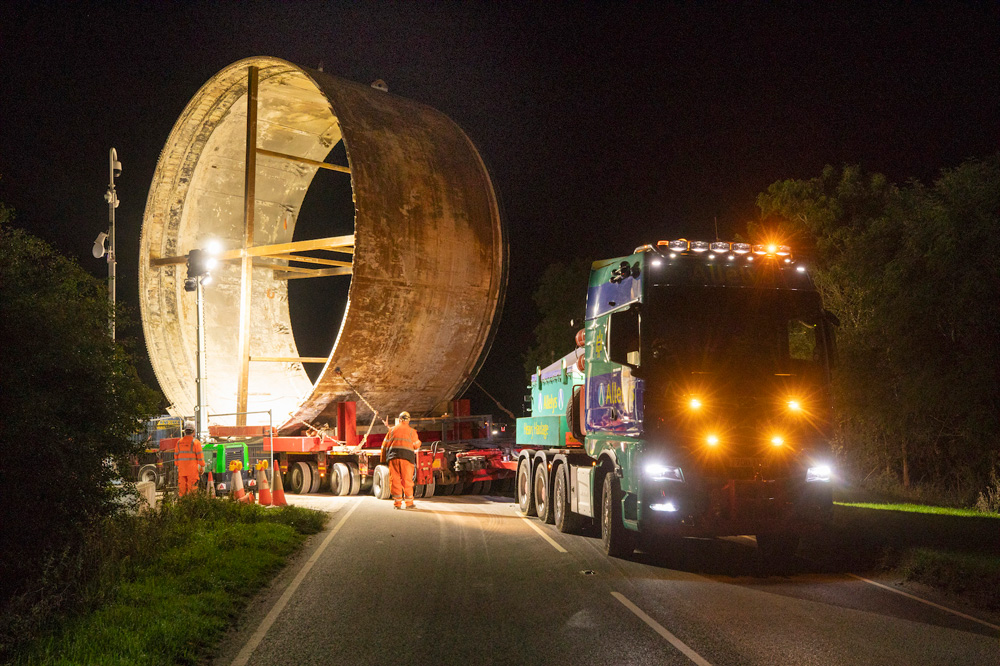 Eight other large pieces from the TBM’s front shield and middle shield have already been transported by specialist equipment, which was used to avoid temporary alterations to the road layout through Ufton.

The rest of the 120m-long TBM will be pulled back through the one-mile tunnel by a special ‘caterpillar’ system, at a pace of 150m per day. Once all the parts are back at the north portal, the TBM will be reassembled before starting the second bore later this year.

“The whole team was proud to see the operation culminate in such an impressive sight, as the huge TBM cutterhead completed its short journey,” he said. “We worked closely with the local authority, Warwickshire Police and British Transport Police, and would like to thank them for helping us ensure a safe operation, carried out at night to minimise disruption to the local community as much as possible.”

TBM cutterhead on its night-time journey 1

HS2 senior project manager Alan Payne said the BBV logistics and site teams had done a great job to make it a safe and successful operation.

“We’re now looking forward to the reassembly of the TBM over the coming weeks, and the start of the second bore of the tunnel later this year. When we celebrate the breakthrough next summer, this will be the first fully completed twin bore tunnel on the HS2 project,” he said.