The two GeoPura 250kVA hydrogen power units (HPUs) were trialled over the last year at HS2’s Victoria Road Crossover Box in Ealing, as a direct replacement for diesel generators to power machinery on the site.

The HPUs were tested and commissioned on site in August 2021 by HS2’s mains work civils contractor Skanska Costain Strabag (SCS JV). The trial showed the units were capable of producing the energy required to power equipment for site operations, and they cut carbon and improved air quality for workers and the local community. 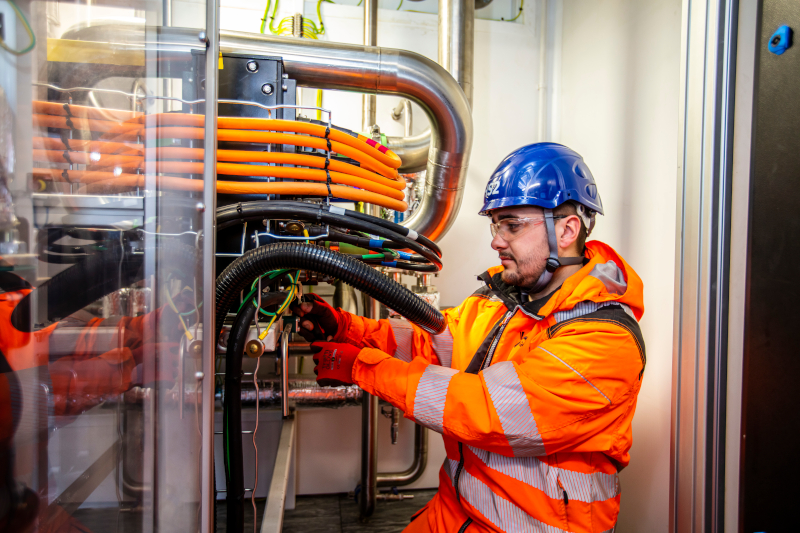 HS2 air quality manager Andrea Davidson said the trial was an example of how HS2 was driving change in the industry. Trialling alternative fuel innovations would also help to develop a thriving low carbon hydrogen sector in the UK, she added.

“With no harmful pollutants, the technology brings major air quality benefits to the workforce and local communities around construction sites, something which is vitally important to HS2 across the whole project,” she said.

The hydrogen power units provide 100% renewable and emission-free power derived from a hydrogen fuel cell, with power capabilities ranging from 20kW to 2MW. They use 100% green hydrogen produced from renewable energy, and data from the trial showed that running the units for 400 hours eliminated around 51 tonnes of carbon compared with using standard diesel generators.

The units are also quieter than standard diesel generators and the only emission is water, which is so clean it’s potable. A hydrogen tube trailer and hydrogen cannisters were used to fuel the generator.

SCS JV managing director James Richardson said the consortium was committed to reducing its environmental footprint by identifying innovations to power site operations, and was striving to be diesel-free across all its sites by 2023.

In May SCS JV achieved HS2’s first completely diesel-free site at the Canterbury Road vent shaft site in South Kilburn, where it had introduced a range of diesel-free technologies and greener equipment.

“The units are particularly valuable in inner city sites such as this, as they not only reduce the CO2 impact of the works but also eliminate harmful NOx, particulate, and noise emissions, making the site a better neighbour in the local community,” he said.