The first of 38 cross passages on HS2’s longest tunnels has been completed.

The cross passages link the 16km northbound and southbound tunnels under the Chilterns. The running tunnels are being dug by TBMs Florence and Cecilia, which are now almost 6.4km into their journeys.

A team of miners used a remote-controlled excavator to break out of and excavate from one running tunnel to the adjacent tunnel. As the excavation progresses, the ground is supported using an SCL.

Delivered by HS2’s main works contractor, Align – a joint venture of Bouygues Travaux Publics, Sir Robert McAlpine, and VolkerFitzpatrick – each passage is between 15 and 20m long. 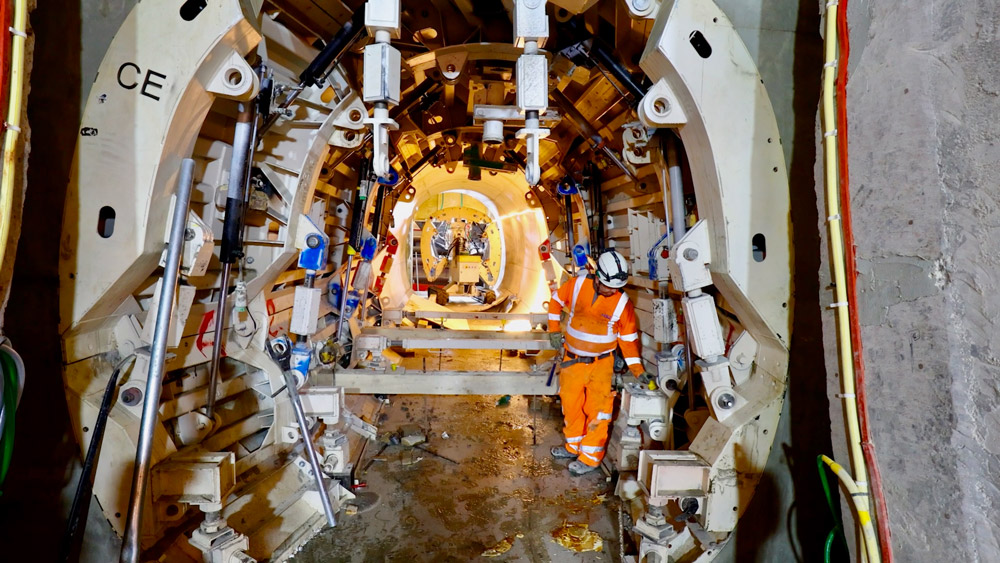 Once the team completed the SCL-lined tunnel, a water-proof membrane was installed followed by a secondary concrete lining constructed by placing concrete behind formwork installed in the cross passage.

“Constructing cross passages is different from using a tunnelling machine as the ground is excavated in short lengths, with each advance being left unsupported for a short period of time until the sprayed concrete lining is installed. It is a different set of risks and a specific skilled workforce is needed,” he said.

“It’s great to see the first one complete and I’d like to congratulate everyone involved in this important milestone. One down 37 to go.”

Align project director Daniel Altier said the completion of the first cross passage was a significant milestone for Align.

“In partnership with our supply chain – KVJV responsible for the ground treatment, specialist contractor Euro Diamond Drilling and waterproofing specialist Rennesco – the sub-surface team at Align have already commenced preparation work on several other cross passages and are making good progress,” he said. 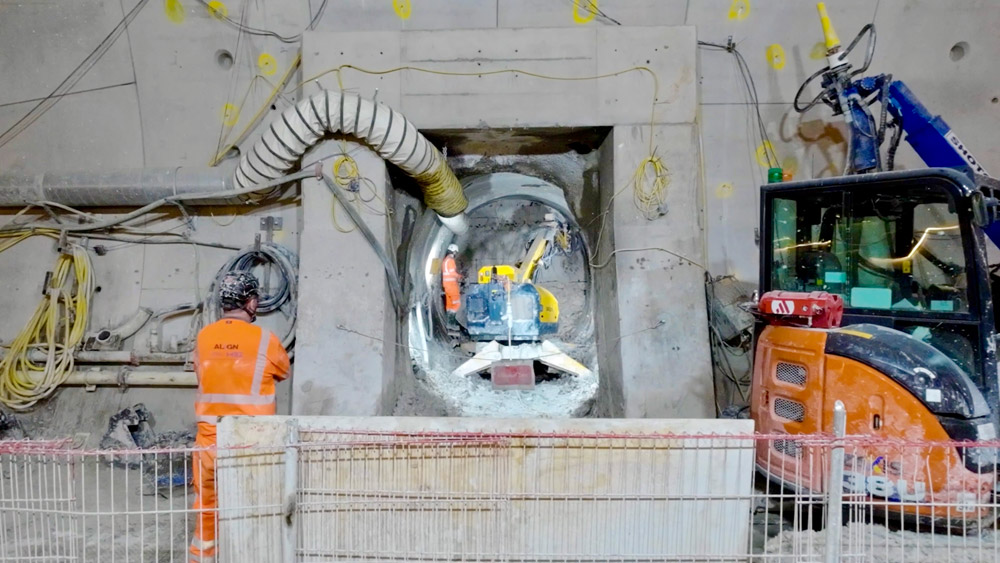 Once the passageway is complete, the safety doors can be installed at either end. These are being manufactured by Bolton-based Booth Industries, which won the contract to provide more than 300 units for all the tunnels between London and Birmingham.

Each running tunnel has an emergency walkway that allows passengers to safely evacuate the train and walk through the cross passages into the other tunnel where they can be rescued on a passenger train. Access for emergency services is from either the portal or one of the five ventilation/emergency access shafts.

The Chiltern tunnels will carry high-speed trains between London and the North at speeds of up to 200mph (320km/h).