The two contracts for the Suburban Rail Loop are for the tunnel between Cheltenham and Glen Waverley – the longest tunnelling package in Victoria’s history, and between Glen Waverley and Box Hill. 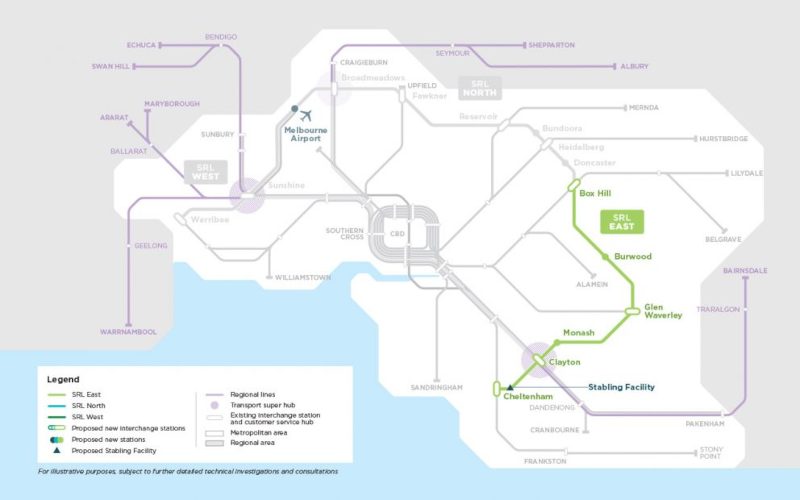 The five bidders are:

Three bidders will move through to a Request for Proposal process later this year, and from there two will be awarded tunnelling contracts. The first will be announced next year.

SRL East will deliver twin tunnels from Cheltenham to Box Hill with new underground stations at Cheltenham, Clayton, Monash, Glen Waverley, Burwood and Box Hill. Up to 10 TBMs will be used in the project, with tunnelling to begin in 2026.