Australia – Assembly is underway on the first of the two 15.6m diameter Herrenknecht EPBMs that will build the West Gate Tunnel in Melbourne.

It will take around 75,000 working hours to assemble the massive TBM, called Bella, with up to 30 people per shift working around the clock. The cutterhead, one of the last pieces to be assembled, will be moved in to place by a 500t gantry crane, one of the largest of its kind in Australia.

Two road tunnels are to be built – the citybound tunnel stretching for 2.8km, and the outbound tunnel, 4km. The project value is AUD 6.7bn (USD 5bn) and it is scheduled to be completed in 2022.

The project is a public private partnership (PPP) between the Victorian Government and Transurban, a toll road operator. The design and construction contract was tendered by the PPP. CPB Contractors and John Holland Joint Venture (CPBJH JV) was the successful party. CPBJH JV then subcontracted the design work to Aurecon and Jacobs.

The tunnel is lined with a precast segmental lining in a 10 + 0 configuration, held together by 20 circumferential bolts. The lining has an internal diameter of 14.1m and is 500mm thick with a 40mm universal taper.

The EPBMs were chosen due to the presence of residual basaltic clays with sections of weak to solid rock and alluvial silty clays in addition to a section with hard basalt up to 250MPa. The EPBMs have been designed to manage all of these conditions, incorporating advanced ground conditioning systems and a high specification of wear protection.

With major tunnelling works set to start this year, legislation will also be introduced into parliament that will provide the framework for the management of the road when it opens in 2022. 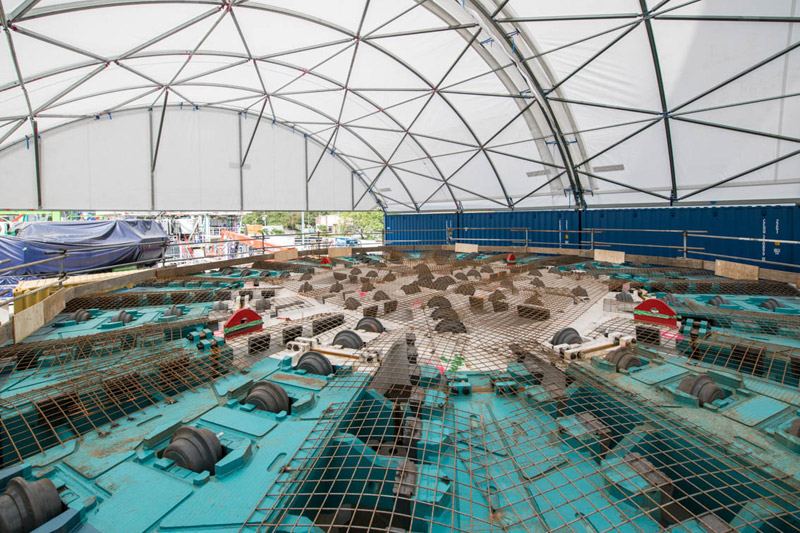