Germany – The TBM boring the western tube of the 9.5km twin tube Filder Tunnel broke through in late July. As Tunnels and Tunnelling goes to press, the 120m-long, 10.82m-diameter Herrenknecht multi-mode machine is being disassembled and turned around inside a 120m-long cavern. In autumn it will bore a 3.4km section of the eastern tube to complete the tunnel.

"Such an about-turn underground with a TBM of this size is absolutely exceptional," said Martin Herrenknecht. "This shows what extraordinary technical feats are being achieved during the construction work on the Filder Tunnel. Hats off to the site crew."

The recent breakthrough was the machine’s third drive on the project, which will provide a quicker route between the cities of Stuttgart and Ulm. A point of interest is that the machine was named by acronym to tie it to the project. Its name, ‘SUSE’, is for ‘Stuttgart-Ulm schneller erreicht’, which means ‘Stuttgart-Ulm reached faster’.

A spokesperson for Herrenknecht said, “The tunnel section was located in heterogeneous rock strata and overcame a total height difference of 155 meters with a slope of up to 2.5 percent. Due to the complex project requirements, initially no mechanised tunnelling was planned for the Filder Tunnel. However, the particularly flexible and convertible Multi-mode TBM machine type from Herrenknecht has convinced the client Deutsche Bahn of the advantages of mechanised tunnelling over a large part of the tunnel route.

“In the upper section of the Filder Tunnel the convertible Multi-mode TBM "SUSE" worked in EPB mode with screw conveyor muck removal, in the lower Filder Tunnel in open single-shield mode with belt conveyor discharge. The only area the machine was not used was in the geological transition zone, where miners removed the material from the rock using diggers and loosening blasting.” 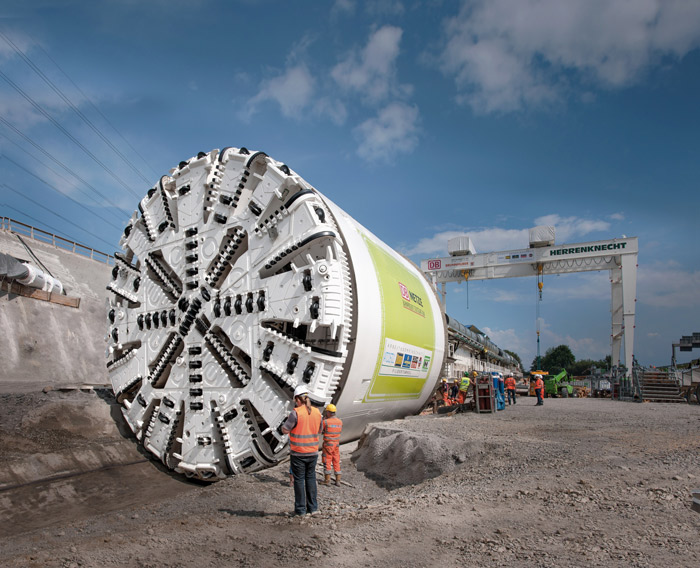 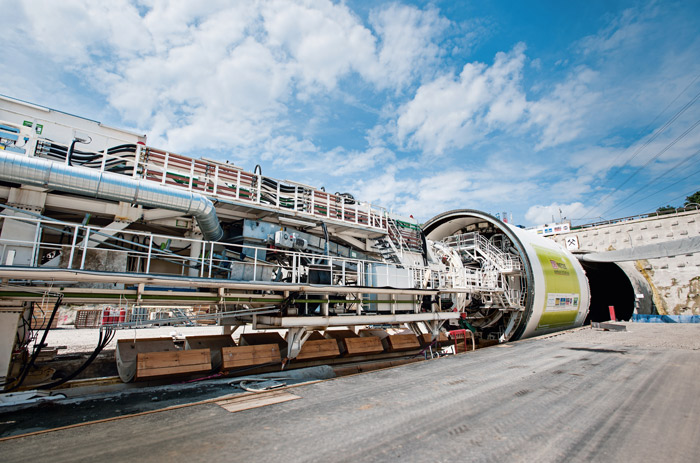 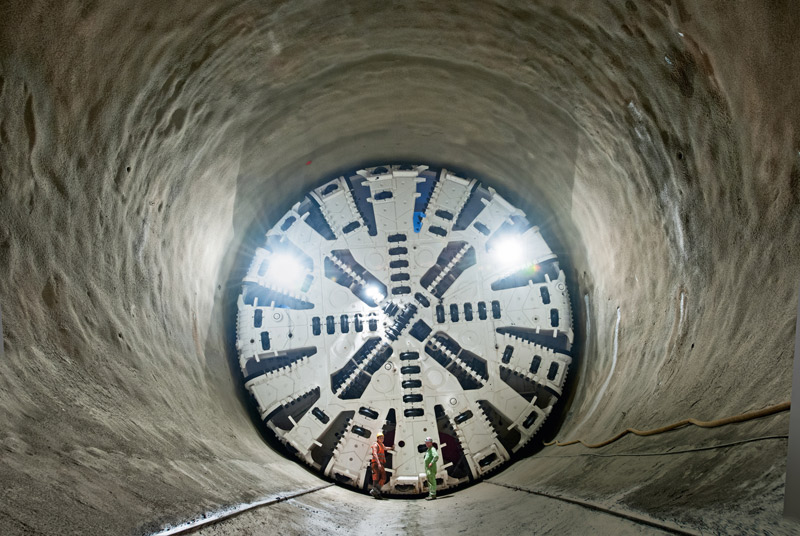