A Ferrovial Construction and Vinci joint venture has been awarded the civil contract for the design-build-finance of a major portion of Toronto’s new Ontario Line subway.

The C$6bn (US$4.42bn/£3.89bn) Ontario Line southern civil, stations and tunnel contract involves constructing 6km of twin-bored tunnels, which will form part of the 15.6km, 15 station Ontario Line running from Exhibition/Ontario Place station to the Ontario Science Centre. The 50/50 joint venture will also build seven stations along the route, six of them underground.

Construction will begin in 2023 and is anticipated to be complete in 2030. 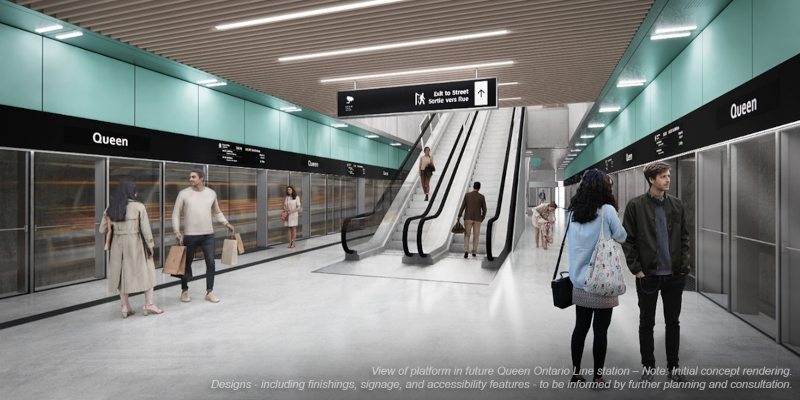 The contract – the largest project to-date for Ferrovial Construction – is financed by a syndicate of 11 banks, including three Canadian banks, through a seven-year revolving credit facility of approximately C$1.16m (US$860m/£750m).

The Ontario Line is a major infrastructure project to reduce congestion, cut travel times and drive sustainable development in Toronto. It will provide more than 40 connections to other bus, streetcar, light-rail transit and regional rail services, put 227,500 more people within a short walk of transit and accommodate 388,000 daily rides by 2041. It will also relieve congestion on the existing metro line 1.