Drill and blast excavation has been completed on the 14.5km-long new Zigana twin-tube road tunnel which looks set to become the longest in Turkey and Europe.

Bringing strategic and economic importance to Turkey and the Middle East, the tunnel is situated around 45km from the Black Sea port of Trabzon in the northeast of the country, on the E94 highway to Gümüshane, between Kostere and Mashka. The tunnel is expected to reduce journey times between Trabzon and Gümüshane from 90 minutes to 40 minutes.

Work began in April 2016 to build a new tunnel that would bypass the treacherous sharp bends and steep gradients that caused numerous accidents during the snowy and rainy winter months. The tunnel will avoid the 2,032m-altitude of the Zigana Pass. It will also bypass – and is situated 560m below – the existing 1.7km-long Zigana Tunnel (completed in 1971). 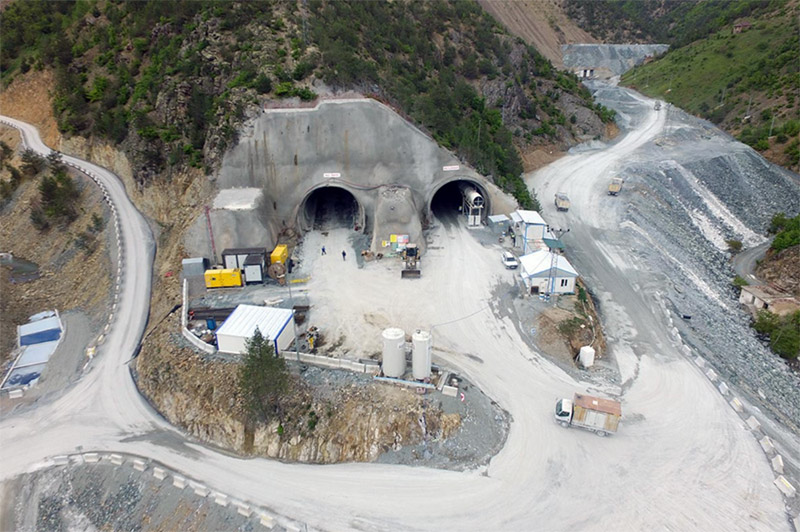 The new tunnel features 40 vehicular connecting tunnels and six paired ventilation shafts up to 394m high located at three points along the tunnel route. To reduce construction time, the shafts were raise-bored from the bottom up.

Adil Karaismailoglu, Turkey’s Minister of Transport and Infrastructure, said the completion of the project will shorten the existing road by 8km, reducing travel times by an average of 20 minutes; 10 minutes for cars and 60 minutes for heavy tonnage vehicles; it will also reduce carbon emissions. He added that the tunnel would be vital in allowing Middle Eastern countries, especially Iran, to access the Black Sea.

Engineering and design services for the New Zigana Tunnel were provided by Turkey-based Yüksel Proje.