China’s CRCHI has manufactured what it says is the world’s first continuous belt conveyor with a turn on the spiral curve slope.

The conveyor belt, which has been successfully tested, was developed for the Beishan Tunnel project. The spiral excavation tunnel is 7.5km long, on a 10% gradient downhill excavation, with a horizontal 250m radius turn and a vertical 430m radius turn. The horizontal turning angle reaches 720 degrees, and the total lifting height is 560m.

“The working conditions are very complex, and there are no similar cases in domestic and foreign projects,” CRCHI says in a website release. 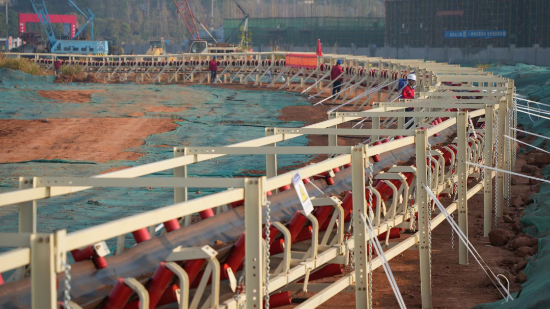 CRCHI says the new belt meets the need for continuous muck discharge in small-turn tunnels on a spiral curve slope.