Webuild has completed more than 82% of tunnelling for the Terzo Valico dei Giovi-Genoa Junction Combined Project, with a breakthrough on the Valico Tunnel.

The milestone was celebrated with the breakthrough of a tunnel wall in one of the tunnels between the Polcevera and Cravasco jobsites.

Once completed, the 27km tunnel will be Italy’s longest rail tunnel. The breakthrough means 30km of twin-bore tunnelling has been achieved so far. The excavation began at the southern end of the planned tunnels in the Liguria region. The alignment travels under a mountain range to approach the northern end of the project in the Piemonte region. 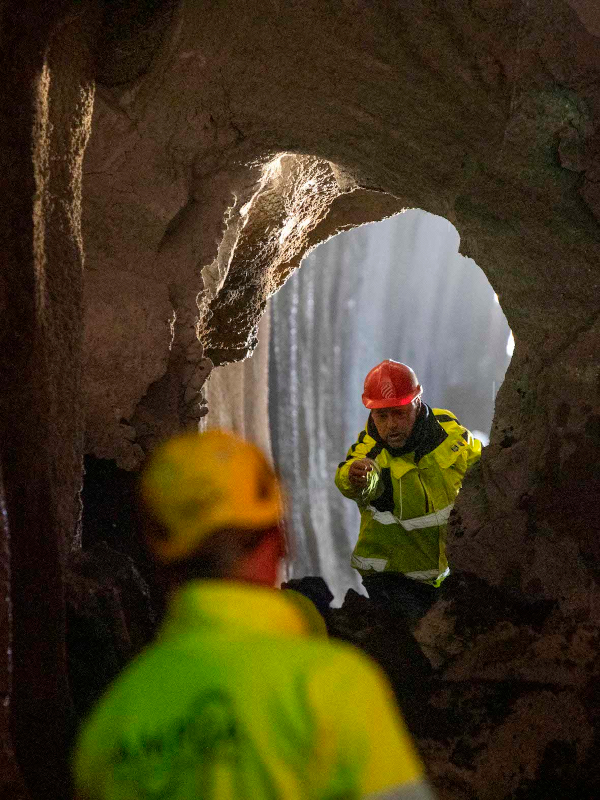 Webuild chief executive Pietro Salini highlighted the teams’ safety record on a project he described as a virtual bridge between the port of Genoa and the rest of Italy and Europe.

“We began work on the project in 2012 at a very difficult site where the best resources and companies of Italy are involved every day. It is thanks to them that we have had an accident rate 40% lower than the national average, but we need to focus on reducing it to zero,” said Salini.

The new high-speed/high-capacity Terzo Valico railway will have a total length of 53km, 70% of it running in three tunnels, the longest being the Valico. It will be part of the Rhine-Alpine Corridor of the Trans-European Transport Network (TEN-T), cutting train travel times between Genoa and Milan by 33%.