The TBM has broken through on the Mill Creek Drainage Relief Tunnel in Texas – the largest water tunnel project under construction in North America.

The Robbins main beam TBM, named Big Tex, excavated a five-mile (8km) tunnel in chalk and shale at up to 1,634ft (498m) advance in one month. The project is designed to provide 100-year flood protection for east and south-east Dallas.

Not only is it the largest hard-rock TBM ever to bore in the US, it is also the first dual-diameter machine. The change in size was required because of the different flow rates for the upstream and downstream sections and Southland/Mole Joint Venture successfully made the conversion from 38ft (11.6m) to 32.5ft (9.9m) diameter at 1.7 miles (2.8km) into the bore. 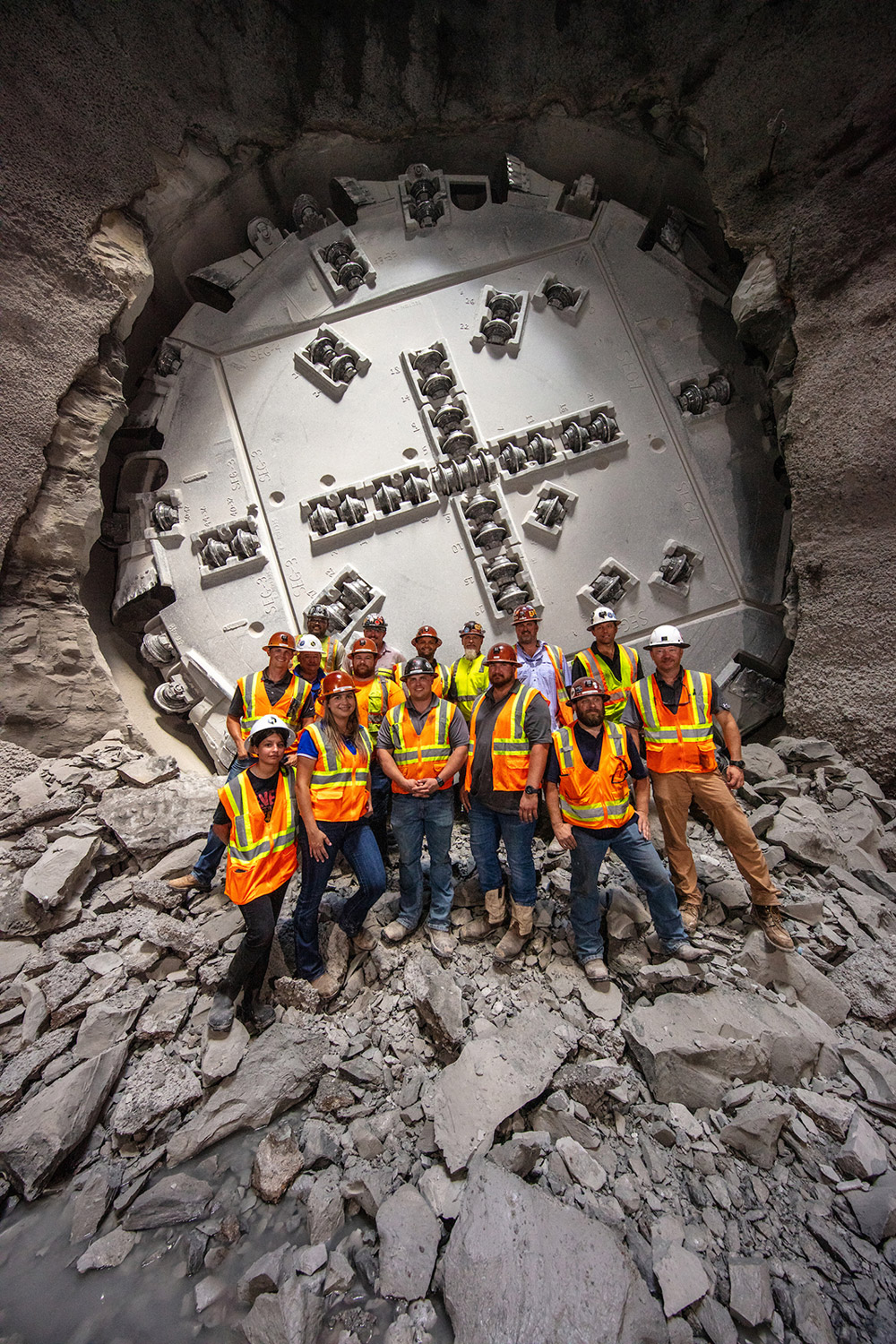 To achieve the conversion, the TBM features a specialised cutterhead with removable spacers and adjustable bucket lips.

“The TBM conversion was a unique challenge that we were excited about, and ultimately provided a more efficient method for the desired product compared to the alternative options. Hopefully the successful conversion proved that this option can be considered for future tunnel projects,” said Nick Jencopale, senior project manager for contractor JV Southland/Mole.

While there were many detailed steps to the conversion process, precision design of the machine was a key aspect. “We started with a smaller machine, then we made a kit or second skin that was slightly larger. When the time came, we just took that skin off. It was essentially that simple,” said Robbins field service manager Evan Brinkerhoff.

The conversion took about four months and was completed in April 2021.

The tunnel passes through Austin chalk at depths from 31-46m below Dallas. The route was potentially gassy, so probe drilling was mandatory throughout the project.

The relatively favorable ground conditions in much of the tunnel, including low rock strength and low abrasivity, meant only eight disc cutters were changed boring at the larger diameter. At the time of diameter change the full dress of cutters was changed, and since that change only 14 cutters needed replacing. Crews did encounter some fault zones, and installed rock bolts and wire mesh in the tunnel crown as needed.

Work will now begin on installing the final lining. Construction work is expected to be complete in late 2024/early 2025.