Vision for a path ahead

Prof Arnold Dix has just been elected as new ITA President. Shortly beforehand, in T&T’s preview of WTC 2022, he described his proposed plans to accelerate a practical mission on sustainability in tunnelling – to include moves on procurement, contract conditions and metrics.

Since ancient times the use and development of underground space has been associated with technologically advanced civilisations investing in intergenerational underground development. Today, such long-term investments demand complex sustainability and social development goal assessments.

ITA has proudly held consultative status with UN ECOSOC since 1987. ITACUS plays a central ITA role on the world sustainability stage. During the last decade, ITA has signed MoUs with UNISDR and UN Habitat in 2013 and participated in the last three World Urban Forums. ITA has also signed with the UN Environmental Programme and is involved in the UN Sustainable Transport Conference.

ITA has noted, though, that currently there is no tool specifically designed to capture the sustainability performance of underground structures. Despite advances in low carbon concretes, zero fossil fuel construction methods and even recycled heavy equipment, such as TBMs, there is no agreed framework for quantifying underground projects and their use in terms of sustainability metrics. Existing tools such as Envision, Ceequal (BREEAM, from BRE), Infrastructure Sustainability (IS), Green Roads, and Green Star, are excellent, but not good enough for ITA as they do not well articulate the benefits of going underground.

Proposals for ITA’s forthcoming new Executive Committee to tackle this issue head on in the next cycle include:

To that end, early discussions on possibilities of how BRE and New Engineering Contract (NEC) can potentially work with and support the aims of ITA have begun.

In addition to the measurement tool, suitably adjusted contract law will be key to help the industry move with momentum in delivering, systematically, improved performance in sustainability. To that end, recognising the world is changing, an approach that seeks to highlight ‘relationship-contracting’, is vital.

The approach to contracting needs to be ‘non-dispute based’. This approach would help to accommodate delivery of lower carbon assets, faster. It would also be a legal framework to enable variations to be absorbed, without disruption to the contract relationships, in response to changes in demands and knowledge as further data, insights and knowledge come on environmental conditions and changes, and consequent recommendations, over the coming decades.

The aim would be to create an objective sustainability measurement and indexing tool tailored for underground infrastructure and to have the option of coupling it to the latest generation of non-dispute based conditions of contract, such as potentially through NEC.

This new contract approach would be an option for consideration on projects by clients, perhaps initially where NEC contracts are primarily used. The outcomes of the approach, however, along with the benefit of the new dedicated measurement tool for underground space, would demonstrate what can be done and give data for more clients, and countries, to possibly consider.

While the ITA would seek to introduce these beneficial changes to support the industry’s performance in sustainability, as a federated body it would provide them, globally, for national members to consider for adoption.

It can be emphasised, though, that in a world of uncertainty and where the metrics of sustainability are changing, non-dispute based contracting is likely to be central to achieving the best outcomes for multi-generational infrastructure.

The new Executive Committee will also soon consider whether ITA should become a signatory to the UN Compact and thereby embrace the suite of UN Social Development Goals and actions, including labour, slavery and anti-corruption measures.

Preliminary feedback from ITA’s Working Groups and Committees is entirely positive. ITA is poised – with all its sections – to commit itself to a leadership role on the Social Development and Sustainability benefits of the underground.

Underground infrastructure and places are a proven method for robustly addressing adaptive and transitional climate change.

From the provision of clean water and sewerage to highly efficient underground transportation systems, to the efficient and effective delivery of energy and other resources, the association between underground places and social and environmental benefits is clear. ITA is accelerating its programmes to keep pace with the metrics used to measure and communicate the collective benefits of the use and development of underground space. 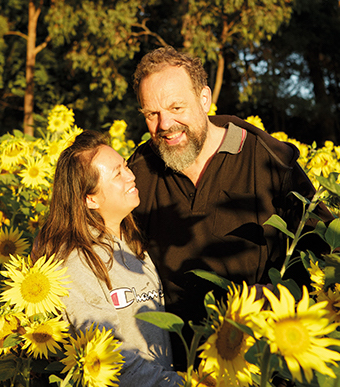