Great Britain - The BTS is preparing for the second UK National Tunnelling Day. Spearheaded by the society’s young members group, the event aims to “generate interest in the great number of world class tunnelling projects currently being undertaken in the UK and to promote the industry (and its many professions) to students of all ages and the general public”.

The day is held annually on the first Thursday of December, chosen to keep it on a weekday close to the feast of Saint Barbara, the patron saint of tunnellers, miners and explosives workers.

A spokesperson for the BTS said: “As part of the day we are running a media campaign on Twitter under the hashtag #TunnelDayUK. The society would appreciate your company’s help with the promotion of the day on social media networks. We would like people and organisations to tweet and share interesting images, stories, news items (historical or current) using the designated hashtags and ultimately get it trending on social media channels.

“For the first National Tunnelling Day in 2015 there were more than 700 tweets using #TunnelDayUK with a reach of 1.5 million users and this year we are hoping it will be more successful.” 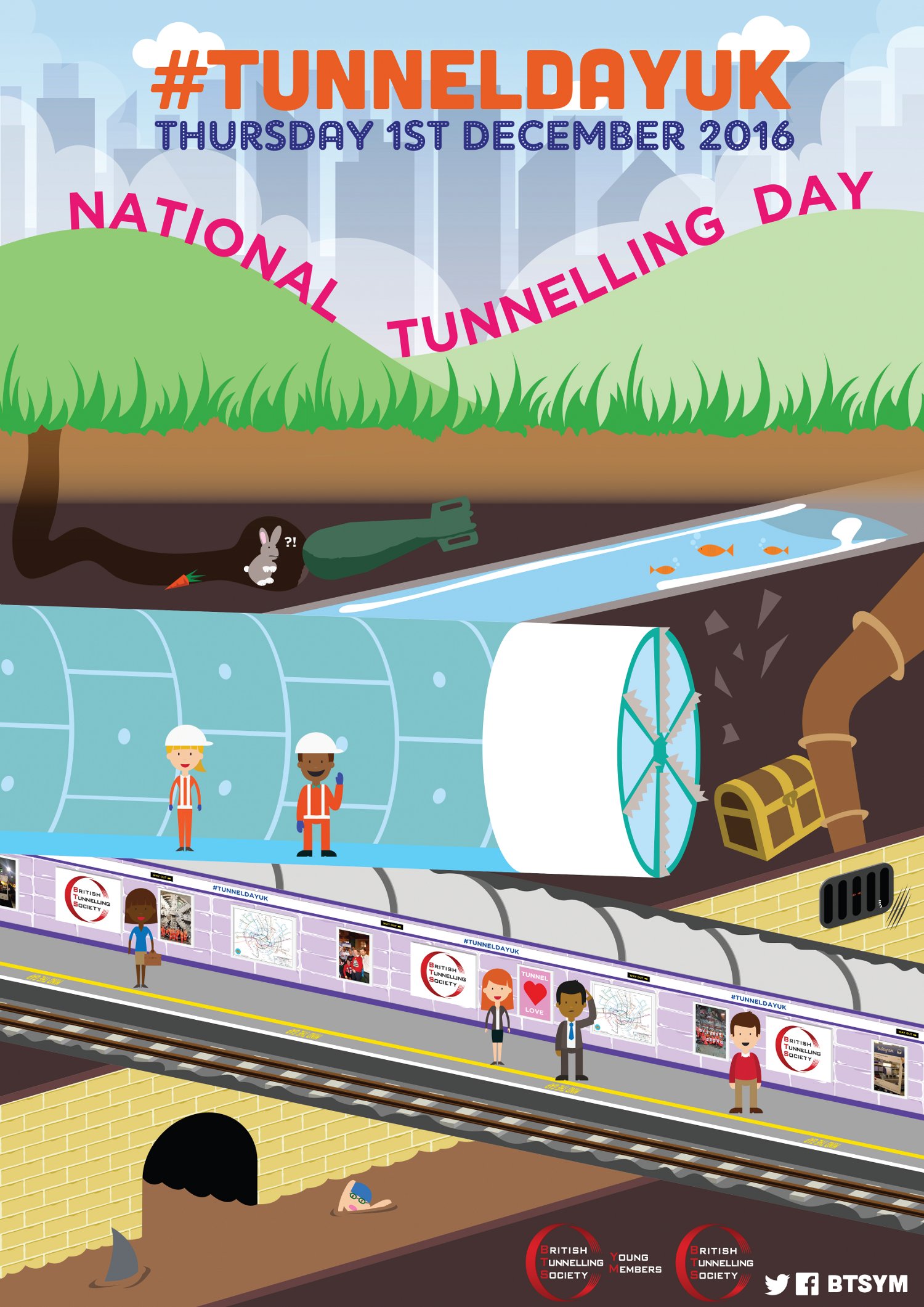