The projects recognised were DTL 3 Contract 937 – Fort Canning Station and Tunnels in Singapore; the Chongqing Hongqihegou Metro Station in China.

The Vauxhall Station Upgrade Project in the UK was awarded the ‘Renovation/Upgrading Project of the Year Award’.

The Technical Innovation of the Year was awarded to Line Four of the Rio de Janeiro Metro in Brazil for large diameter (11.51m) shield tunnelling in pure sands bounded by two bands of hard, highly abrasive rock. Hybrid EPB shield technology was used.

The Environmental Initiative of the Year was the Emscher Project in Germany. This category was awarded to a project based on its end-use, rather than a specific engineering achievement, but the project will be vital to mitigate damage from a century of coal mining activities.

The “Activity Based Safety Improvement System” (ABSIS) on a cable tunnel in Singapore scooped the Safety Initiative of the Year. It involves videoing construction activities then making workers watch themselves in action.

The ITA recognised the Jurong Rock Caverns in Singapore for the innovative use of underground space. These enormous, cathedral-like caverns are intended for oil storage.

The underground storage of the country’s reserves saves valuable surface space and secures the oil, for strategic reasons.

Martin Herrenknecht received the Lifetime Achievement Award for “his remarkable contributions to tunnelling”. After studies at the Konstanz University of Applied Sciences, from which he was diplomed in 1964, he founded his own company in 1975, specialised in TBMs.

Derek Eng was named Young Tunneller of the Year. He works as an assistant manager in MMC Gamuda’s tunnelling department and, according to the ITA, has been “vocationally called to empower young tunnellers using his hard-gained experiences and knowledge”. 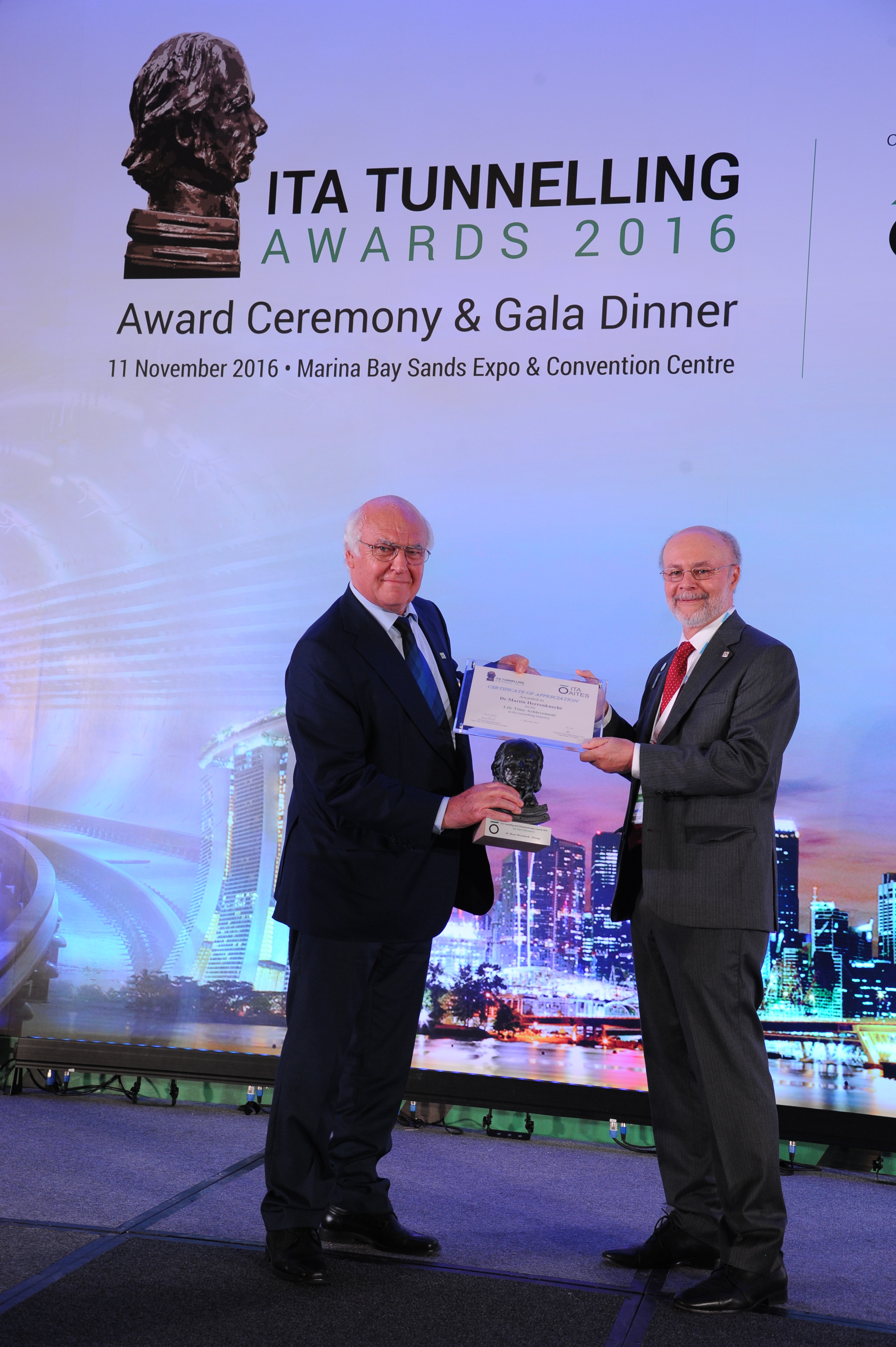