California – Murali Hariharan has been appointed senior tunnel engineer for the national tunnel practice of HNTB Corporation; the company announced July 30. He continues working on the Crenshaw/LAX Transit Corridor Project in Los Angeles as lead engineer for construction support services and has undertaken geotechnical tasks on XpressWest High Speed Rail project from Victorville, California, to Las Vegas, Nevada, being provided at an accelerated schedule. He is based in HNTB’s downtown Los Angeles office.

“Murali has a plethora of tunneling project experience in both Southern California and other parts of the country,” said Sanja Zlatanic, PE, HNTB chair national tunnel practice, senior vice president and HNTB Fellow. “Tunnels continue to be a critical component of many complex infrastructure projects in California and the West Coast. Murali’s expertise is a great addition to the firm’s growing national tunnel and underground team and his continuous drive to provide innovative, yet practical and cost-effective, solutions have been positively received by clients.”

Hariharan has more than 18 years of structural and geotechnical engineering experience in the design of tunnels, shafts, deep excavation support, slope stability and underground structures in a wide range of geotechnical conditions. He joined HNTB in 2014 and, in addition to working on the Crenshaw/LAX Transit Corridor Project and XpressWest, has worked on California High Speed Rail Project Segment CP4 in Bakersfield, California, and the San Juan Capistrano Passing Siding Project in Orange County, California, among others. 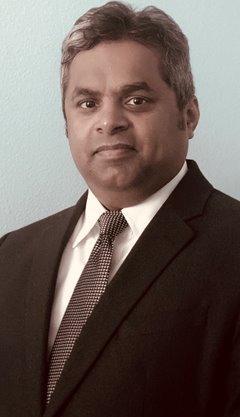