Until now the design of precast concrete segmental linings has been undertaken with reference to a large number of standards and documents. But with the upcoming High Speed Two (HS2) megaproject, it was decided to unify all of this documentation into a single, usable document. Sponsored by HS2 itself (which is spending tens of thousands to hundreds of thousands of GBP on standards) and also the BTS, PAS 8810 should reduce unnecessary administration and streamline the design process.

At a launch event in April, Arup representatives pointed to the growing status of tunnelling as the "go-to method" for solving an infrastructure requirement and said that PAS 8810 represented a "coming of age" for tunnelling, which can no longer be considered a "dark art". The guide represents two years of hard work and an attempt to capture best practice.

Originally this guide was intended to include other types of lining, but the scope turned out to be too great. At the time PAS 8810 was published, the intention was to follow up with a sprayed concrete and a cast in-situ document.

PAS 8810 is available for purchase from the BSI website: shop.bsigroup.com 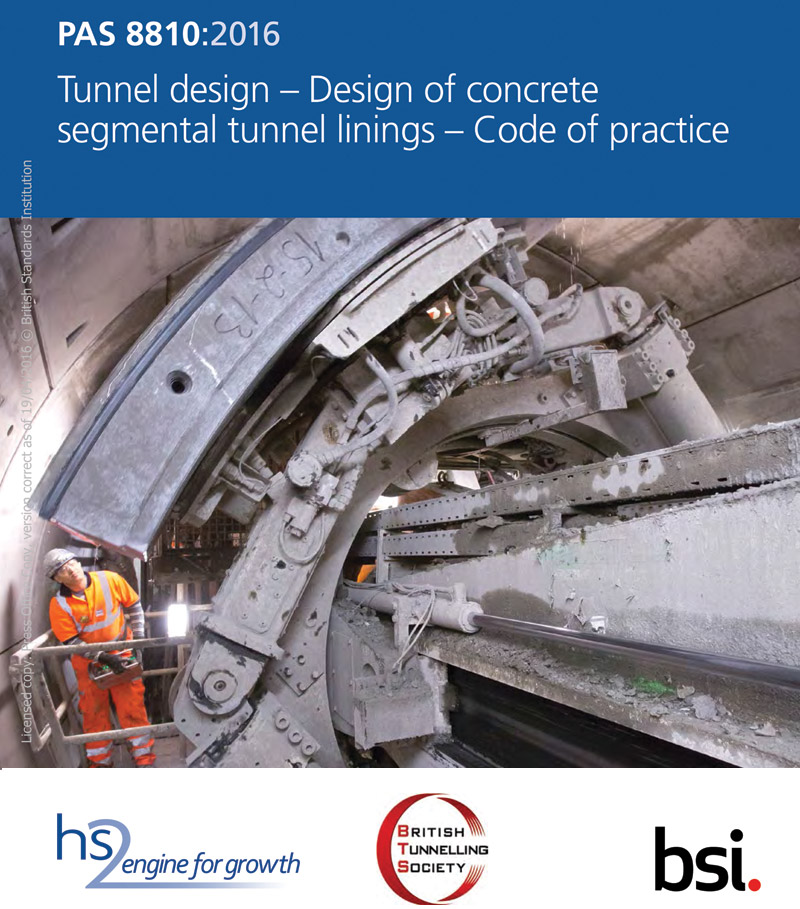 The front page of the PAS 8810 document