Australia - Five jib cranes supplied by Ranger have been deployed to the WestConnex road tunnel project in Sydney to facilitate man riding and evacuation. Originally the specification also covered general lifting requirements, however following discussions with the crane supplier it was decided to limit the use of the jibs to personnel movement.

Ashley Thacker, general manager at Ranger, said: “WestConnex needed a second point of evacuation from each of their shafts in the case of an emergency where workers needed to be stretchered out. The shafts range from 26m to 70m deep, hence the varying heights of lift. If the cranes were also used for goods lifting there was potential for rescue operations to be delayed, which is why it was suggested in consultation to limit their use.”

The machines have a 1.5t working load limit, a 6.5m underslung height with 6m reach, and offer heights of lift ranging from 26 to 70m. Ranger chose 3t electric chain hoists from Swiss manufacturer GIS that were downgraded to 1.5t capacity to facilitate man riding. All were fitting with overload protection, a load cell with read out, pendant and remote controls.

Thacker added: “Given the high profile nature of the site we only sourced from the best manufacturers in each component area. Even then, the hoists needed to be enhanced to comply with Australian standards for man-riding.”

Challenges to the job included the lack of dedicated lifting points, which made lifting the columns from horizontal to vertical challenging and working near an open shaft, which presented safety concerns.

The cranes will be commissioned by the end of March and will remain onsite until project completion, scheduled for 2020. Regardless of what will be limited or zero duty, the cranes will be checked for full operation daily as a part of the site’s pre-start requirements.

Upon successful installation, testing was carried out using water bags and training sessions with construction personnel were held. 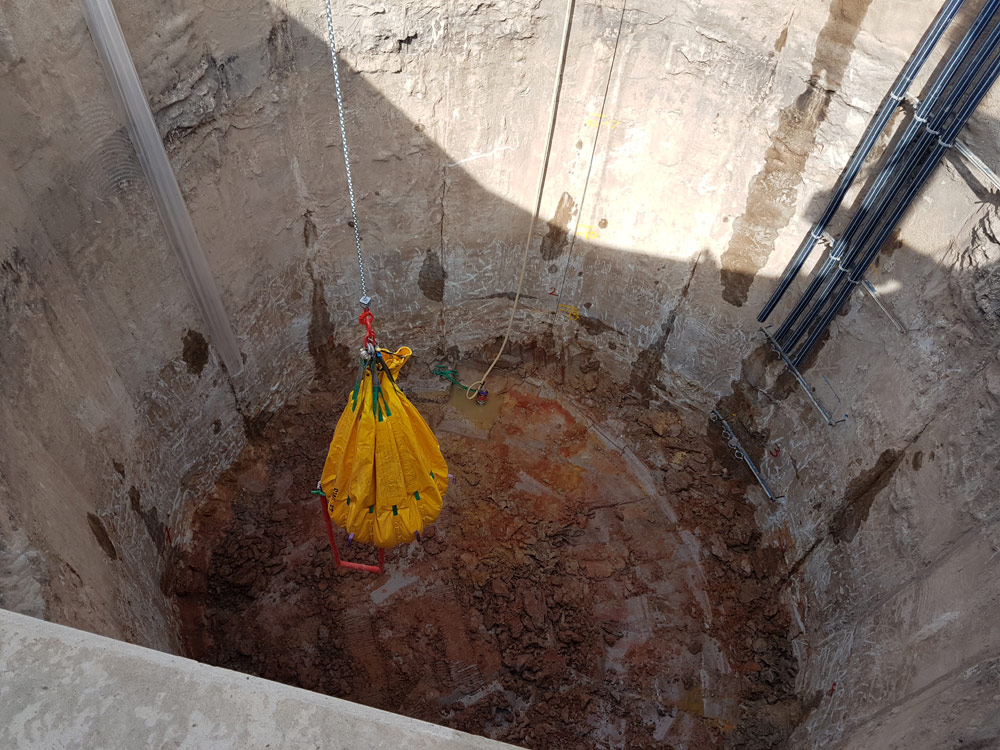 Water bag tests will be carried out on all cranes 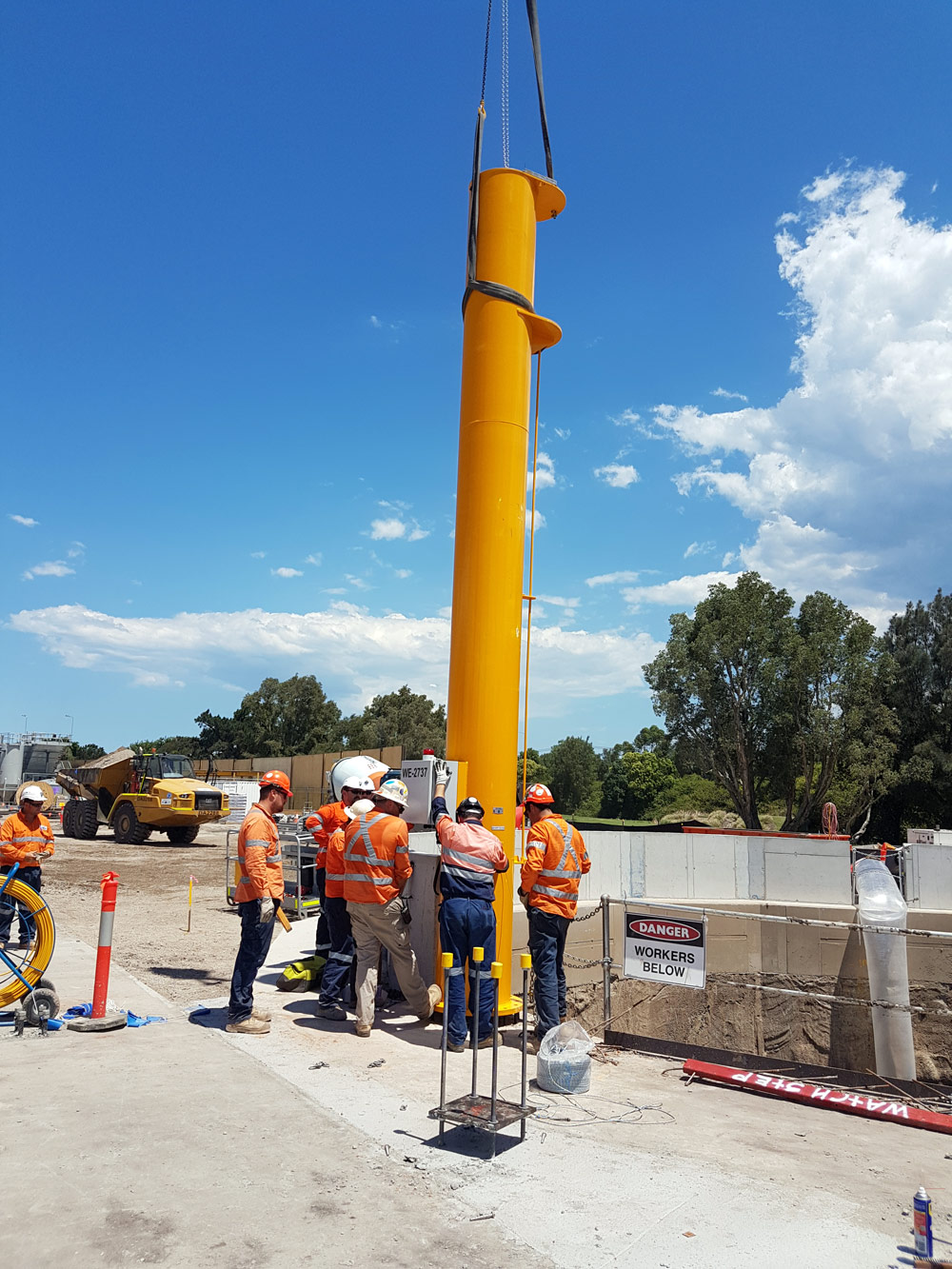 Lifting the columns from horizontal to vertical presented challenges as there were no dedicated lifting points. 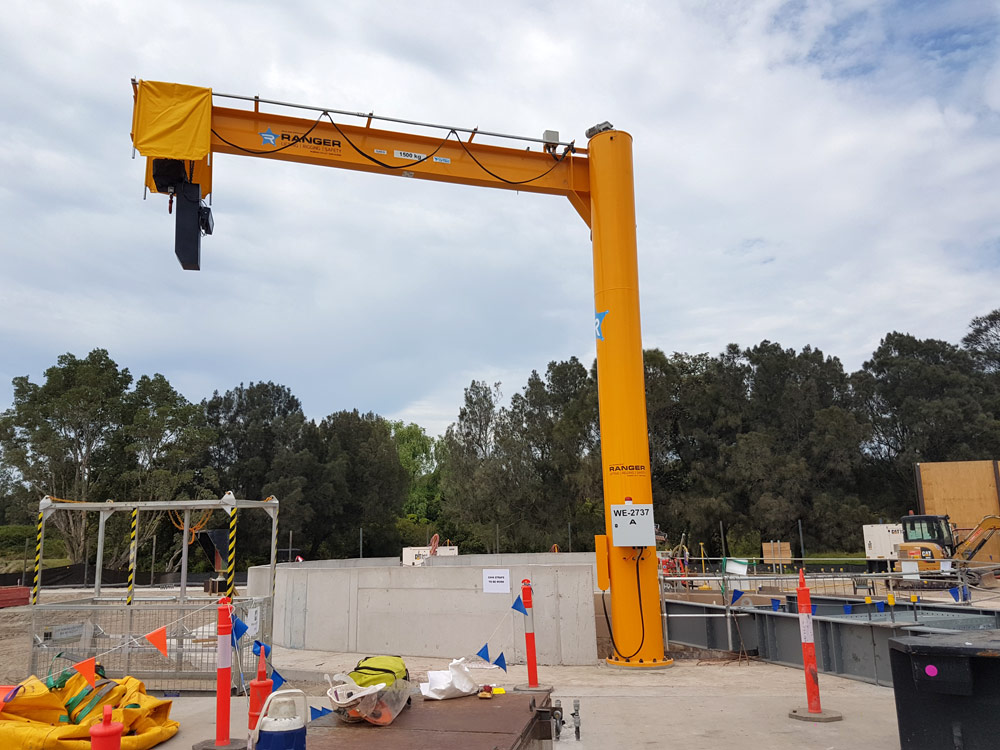