Turkey – Terratec has manufactured four 6.56m EPBMs for the ongoing expansion of Istanbul’s metro system, for a total of seven from the Australia-based manufacturer.

The new TBMs will be used by the Gulermak, Nurol and Makyol JV on the Ümraniye-Atasehir-Göztepe contract, which was awarded in April 2017.

The 13km-long line, along with 11 new stations and NATM-built connections, will form a second north to south rail corridor under the densely-populated Anatolian side of the city and will be located entirely underground at an average depth of about 30m.

The Ümraniye-Atasehir-Göztepe project is one of five new metro lines currently being built by the Istanbul Metropolitan Municipality (IMM).

According to a spokesperson, the TBMs have mixed-face dome-style cutterheads with an opening ratio of about 35% to deal with Istanbul’s mixed geology – which includes low-strength sandstones, siltstones, limestones and shales.

Due for completion in 2019, the expansion will increase the total extent of the metro from 145km to more than 480km. 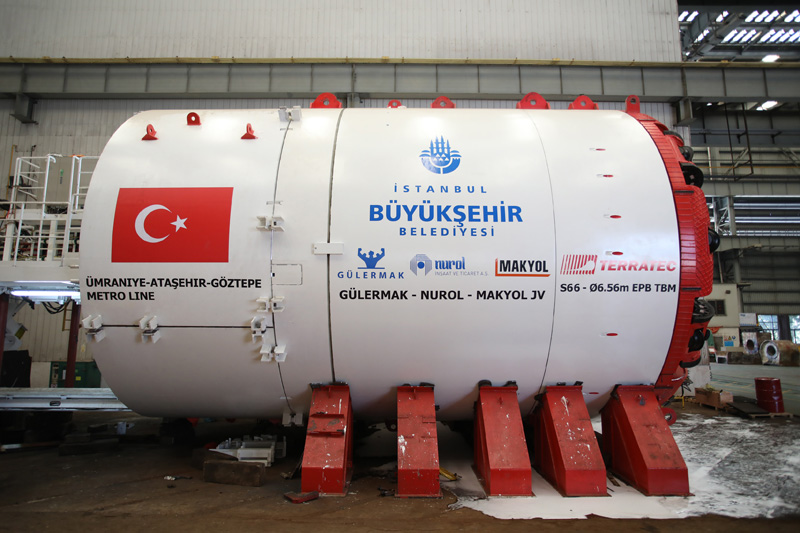